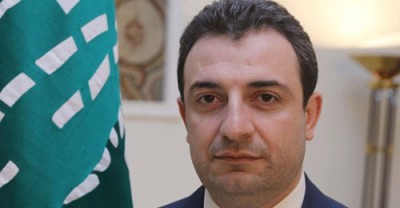 It is often said that Lebanon has only two things going for it, food and plastic surgery.

This week, both industries took a hit as Lebanon’s health minister revealed that dozens of restaurants and supermarkets across the country were selling food contaminated with sewage and bacteria ? and rattled off a long list of beauty clinics that were operating without a license.

In a country bedeviled by security and political challenges, Health Minister Wael Abu Faour’s announcement was met with a collective shrug from most Lebanese, who said it was another sign of their government’s perpetual dysfunction.

But many worried about the effects on tourism. Visitors from around the world come to the Mediterranean country to enjoy its famous cuisine ? particularly a tapas-like collection of delicate cold and hot dishes known as mezza.

Lebanon has also become a favored cosmetic surgery destination due to the reputation of the country’s surgeons.

In back-to-back press conferences, Abu Faour announced the result of an investigation into the food industry, naming popular restaurants as prime offenders. On Thursday, he ordered all unlicensed companies selling mineral water closed as well as beauty clinics that allegedly performed botched operations.

He said the contaminated products were infected with, among other things, E.coli, Salmonella and fecal matter. Amid a drought, many people use water from wells that often turn out to be contaminated with sewage.

Abu Faour is now a villain to some, a hero to others.

The economy minister accused his own Cabinet colleague of practicing “terrorism against restaurants.”

Others accused him of trying to score political points.

“The image of a country is being disfigured,” said Pierre Ashkar, head of a syndicate of hotel owners in Lebanon.

Mohammed Raad, a 51-year-old businessman, said he had only ever had food poisoning once ? 10 years ago, when he ate mint leaves washed in tap water.

“We are able to fight all these diseases from all the bacteria we have been eating. We’ve become used to it,” he laughed.