STL pointing to Syria as being ultimately behind Hariri assassination 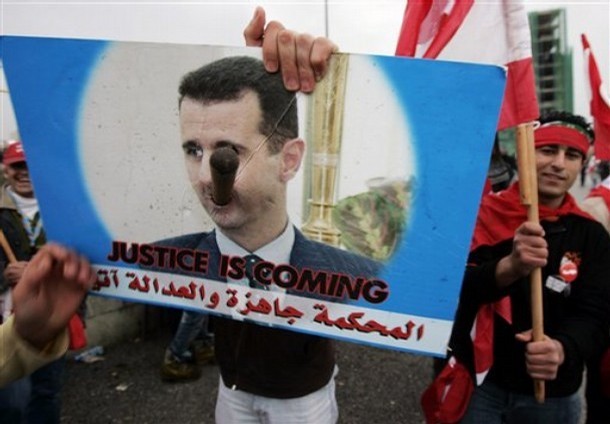 The defense lawyers at the Special Tribunal for Lebanon, said they had received evidence linking Syrian President Bashar Assad ‘s phone to the 2005 bombing that killed former PM Rafik Hariri .

“Bashar Assad had direct contact with the people that killed the martyr Rafik Hariri,” Mashnouk was quoted as saying at the Phoenicia Hotel where he addressed a conference organized by peace-building NGO International Alert and the Lebanese Center for Policy Studies.

The Special Tribunal for Lebanon (STL) is an international criminal court undertaking the prosecution, under Lebanese criminal law, of the persons responsible for the attack resulting in the assassination of the former Lebanese prime minister, and the deaths of 22 others, on 14 February 2005. 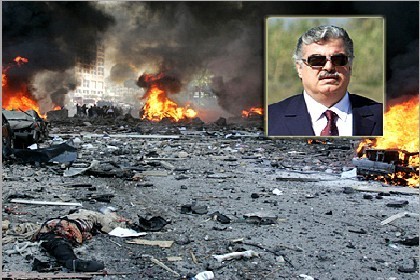 STL decided Friday to allow prosecutors to present evidence on the breakdown of relations between late Hariri and Syrian President Bashar Assad, paving the way for the first serious, courtroom examination of Syria’s alleged role in the run-up to the massive bombing.

Defense lawyers said the admission of the evidence would be a “sea change” and major expansion in the scope of the Hariri trial, saying prosecutors were now pointing the finger to Syria as being ultimately behind the assassination.

“Let us not be coy about it: The prosecutor now is putting his case on the basis of Syria being behind the assassination of Rafik Hariri,” said Iain Edwards, a defense lawyer for Mustafa Badreddine, a senior Hezbollah operative accused of complicity in the attack.

“Let’s call a spade a spade your honor,” Edwards said, adding that it was clear the prosecution were saying that Syria, Assad and his security apparatus wanted the Lebanese prime minister killed.

“With such a dramatic change of course, the defense now has, to a very significant extent, considers how the rest of its trial strategy is to be amended,” he added.

In an oral ruling, the trial chamber’s Presiding Judge David Re said the court would hear the testimony of MP Marwan Hamade, who miraculously survived an assassination attempt in Oct. 2004.

Hamade is the first of over a dozen politicians, journalists and advisers of Hariri who are scheduled to give testimony in the coming months detailing tensions in the relationship between Syria and Lebanon, aimed at pinpointing a political motive for the 2005 bombing that rocked Lebanon and led to the eruption of the Cedar Revolution , which along with International pressure ended Syria’s military presence in Lebanon.

This development comes a day after defense lawyers revealed that the prosecution had asked in October to add a telephone number belonging to Assad to a court document, in addition to an attempt to link the Iranian backed  Hezbollah  militant group to the green network of telephones used by the alleged leaders of the assassination plot, including Badreddine.