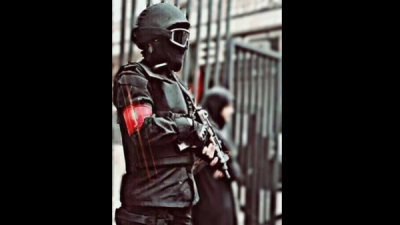 Pictures of the new uniforms worn by special forces of Lebanese Shiite militant group Hezbollah emerged on social media this week, with some saying the elite squad now resemble “ninjas.”

In the pictures, the forces are dressed head-to-toe in black, the only flash of color being a red band on their right shoulder, giving them – according to some social media users – the appearance of Japanese feudal-era covert agents.

Other users seemed more concerned about the color of the new outfit and its suitability in the sweltering Lebanese summer heat. One Twitter user wrote. “black is not a good colour in the heat ? #HezbollahNoHeroes”

Meanwhile, another said: “When Ashura [a Shiite festival] & Halloween collide you get Hizbo-mutant-ninjas.”