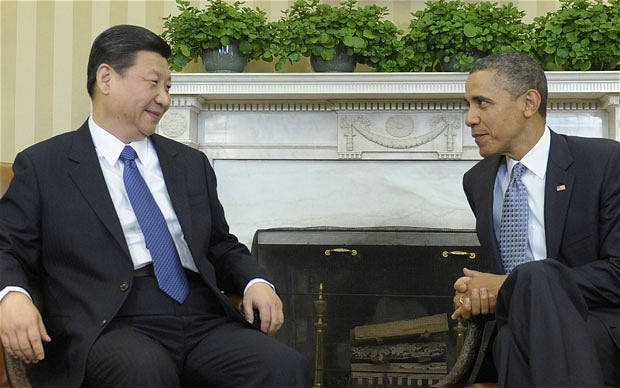 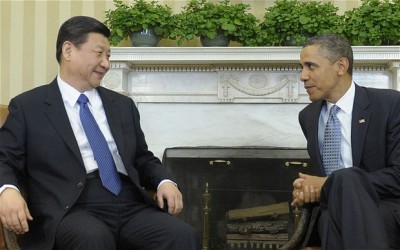 Second-term US presidents traditionally seek solace on the global stage. Barack Obama is no exception. Following last week’s drubbing in the US midterm elections, he lands in China on Monday for a summit with Xi Jinping. He is unlikely to find Beijing more pliable than Washington DC. As time goes on, it becomes ever harder to separate his domestic weakness from his global standing. Even the tone is spreading. “US society has grown tired of [Obama’s] banality,” China’s semi-official Global Times said last week.

Mr Xi is too polite to put it like that. Yet there is no mistaking which of the two is on the way up. In his first year in office, Mr Obama offered Beijing a “G2” partnership to tackle the world’s big problems. China spurned him. Mr Obama then unveiled his “pivot to Asia”. China saw it as US containment and reacted accordingly. Its defence spending today is almost double in real terms what it was when Mr Obama first visited China in 2009. Over the same period, the US military budget has barely kept pace with inflation.

Will a weakened Mr Obama have better luck with China? The answer is not necessarily “no”.
With the exception of North Korea, China’s neighbours are clamouring for a stronger US presence in the region. As the quip goes, Mr Xi talks like Deng Xiaoping – who opened China to the world – but acts like Mao Zedong, the imperial strongman. Countries that were once wary of military ties with the US, such as Vietnam, India and the Philippines, are now openly courting it. Mr Obama’s pivot means 60 per cent of America’s military resources will be deployed in the Pacific – against the old 50:50 split with the Atlantic.

Likewise, China’s economic outlook is far less bullish than when Mr Obama last visited – and US growth is finally picking up speed. One of his aims this week will be to push ahead with the Transpacific Trade Partnership – an 11-country grouping that covers well over half the world’s economy. China has not been invited to join TPP. Some in Beijing see it as the economic dimension to US encirclement. If Mr Obama could clinch a deal with Japan and other participants, it would cement his “Asia rebalancing”. On paper, it looks possible. In practice it is unlikely.

This is where his domestic weakness really bites. Little headway has been made in the Pacific talks because Congress has refused to give Mr Obama fast-track negotiating authority. That was with the Democrats in charge. Republicans will assume control of the US Senate in January. Mr Obama’s strategy is to strike a deal and only then ask Congress for fast-track authority. Until now it was always the other way round. Meanwhile, Congress has granted fast track for only five of the 20 years since Bill Clinton negotiated the North American Free Trade Agreement. It is optimistic to think Mr Obama will have a better chance of persuading Republicans to write him a blank cheque after last week’s defeat. The Tea Party’s goal,after all, is to close down his “imperial presidency”.

The rest of the world, and China in particular, sees Mr Obama in the opposite light – as a weak leader in the autumn of his presidency. China-watchers say Mr Xi’s ebullience since he took power has been spurred by the view that Mr Obama has only a limited window in office. After that, Hillary Clinton, or a Republican, will take over. Either would be tougher on the world stage than Mr Obama. Even if that is wrong, Mr Xi has shown Mr Obama little respect since their first summit in California last year. Mr Obama warned his Chinese counterpart to stop the cyber attacks on the Pentagon and other targets. China’s cyber-incursions increased. Earlier this year, the White House indicted five Chinese nationals for cyber-espionage, including a senior military officer. None are likely to be brought to trial. It was the kind of empty gesture Beijing has come to expect of Mr Obama.

It is a fair guess that China would be more assertive whoever was in the White House. Its aim is to become a global power. It sees bodies such as the International Monetary Fund as ciphers of US interests. Whoever was US president, China would be trying to undercut US-led institutions.

Likewise, it is hard to believe Mr Obama has caused Chinese military spending to be higher than it would other wise have been. It is soaring nonetheless.

Since Mr Obama took office, China has invested heavily in expanding its “area of denial” to deter the US from coming to the defence of other claimants in the South China Sea. China is close to joining the US and Russia to become a triad nuclear power with the ability to launch warheads from submarines as well as from air and land. It is investing billions in “hypersonic” ballistic missiles and other future tools of warfare. Once a symbol of impregnability, America’s fleet of aircraft carriers look increasingly archaic.

Even at the height of his authority, there was not much that Mr Obama could do about most of this. He inherited trends that are bigger than the transient power of leaders. Yet perceptions matter in diplomacy too. On his last visit to China, when he was still riding high at home, Mr Obama was treated shabbily by his hosts. Today’s much-diminished figure is unlikely to have greater sway.