Obama not sure whether Iran nuclear deal is possible 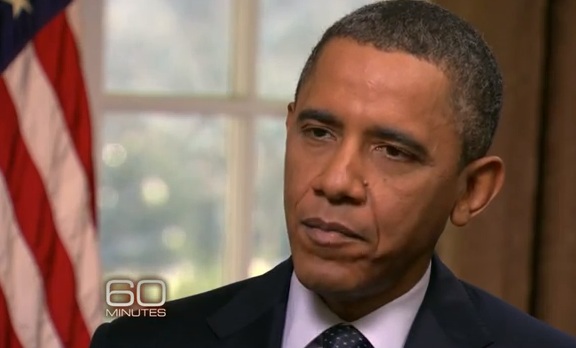 President Barack Obama said Wednesday he would work with Congress on new war powers to fight Islamic State militants and expressed cautious optimism about whether the international face-off over Iran’s nuclear program will be resolved — two issues that could prove harder for the White House to maneuver with Republicans in charge on Capitol Hill.

Obama spoke at a news conference the day after his party was thrashed by Republicans in midterm elections, leaving the GOP soon to be in charge of both the House and the Senate.

When he approved U.S. airstrikes in late September against extremists who have captured territory across Syria and Iraq, Obama used legal grounds of congressional authorizations that President George W. Bush relied on more than a decade ago. The White House maintained then that the Bush-era congressional authorizations for the war on al-Qaida and the Iraq invasion gave Obama authority to act without new approval by Congress under the 1973 War Powers Act.

That law, passed during the Vietnam War, serves as a constitutional check on presidential power to declare war without congressional consent. It requires presidents to notify Congress within 48 hours of military action, and limits the use of military forces to no more than 60 days unless Congress authorizes force or declares war.

Now, however, Obama said a new military authorization is one of a few areas where he will seek to work with lawmakers during the lame-duck session before a new Congress is seated in January.

“The idea is to right-size and update whatever authorization Congress provides to suit the current fight rather than previous fights,” Obama told reporters at the White House.

He said he would update congressional leaders about the fight against IS during meetings on Friday. He said he wanted to start now to craft new authorization, but that completing it could carry over into next year when a new Congress will usher in GOP control of the Senate.

Sen. Robert Menendez, D-N.J., chairman of the Senate Foreign Relations Committee, said Wednesday that he has made clear that a new authorization was needed and that any prolonged military campaign requires a new authorization approved by Congress. He said he would start the process in the days ahead and that the committee would hold hearings on Iraq and Syria beginning next week. “It is incumbent that Congress take the lead in authorizing the use of force,” Menendez said.

In September, during a heated congressional debate over training moderate Syrian rebels, House Speaker John Boehner, R-Ohio, said a new authorization was something that lawmakers should consider. But he also suggested the lame-duck session was the wrong time to do it and that the vote should wait until next year.

Rep. Adam Schiff, D-Calif., a member of the House Intelligence Committee, on Wednesday called on Boehner to schedule a vote on a new authorization before the current Congress draws to a close. In a letter to the House speaker, Schiff said no president has the power to commit its citizens to war without Congress, insisting it was “not a decision that can or should wait until 2015.”

On Iran, Obama said it was an “open question” as to whether international negotiators and Iran can reach a deal over Tehran’s nuclear program. With a Nov. 24 deadline looming, Obama said the next three to four weeks will be key.

Many Republican leaders have criticized the administration’s desire to ease sanctions on Iran while the talks are underway, or to embrace any agreement that would allow Tehran to continue generating nuclear power. The upcoming deadline, therefore, could represent the last chance the White House will get at reaching a comprehensive agreement that would prevent Iran from being able to develop a nuclear weapon. Iran says its nuclear program is for civilian applications.

“Whether we can actually get a deal done, we’re going to have to find out over the next three to four weeks,” Obama said.

In Paris on Wednesday, Secretary of State John Kerry dismissed questions about whether the GOP’s command of Congress would derail the nuclear deal. He said the same sticking points would remain no matter which U.S. political party was in power. “I don’t believe that changes either side,” he said.