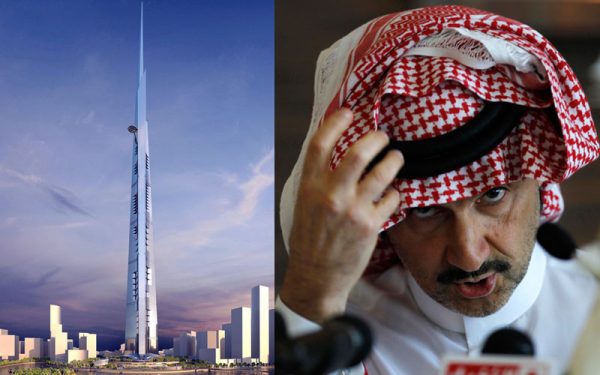 Prince Alwaleed Bin Talal Bin Abdulaziz Alsaud, Chairman of Kingdom Holding Company (KHC) and Chairman of the Board of Jeddah Economic Company (JEC) is shown in a combined photo with his project the highest tower in the world that he is being built in Jeddah
Share: 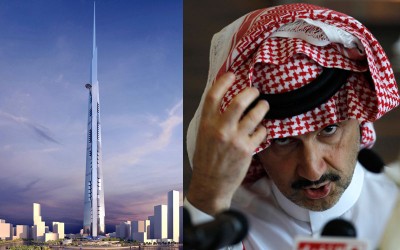 “Clearly the fact that the price of oil went down to below 80 proved that we were correct by asking the government to have other sources of income”, Alwaleed told reporters in the western Saudi city of Jeddah.

“Saudi Arabia depends 90 percent on oil, which is not right, it’s wrong and it’s dangerous, actually,” added the prince, who is a nephew of King Abdullah.

The prince is one of the world’s richest men, whose investments span a range of sectors including global media and hotel brands.

He is also a philanthropist known for his outspoken views in the conservative kingdom.

His comments came as the benchmark US crude price hit a three-year low of $75.84 on Tuesday before recovering slightly.

Brent North Sea crude dropped to $82.02 at one point — its lowest level in four years.

Prices had already begun falling heavily on Monday “after it was reported that Saudi Arabia cut its selling price to the US possibly in a bid to compete with US shale oil”, Singapore’s United Overseas Bank said in a note to clients.

The kingdom is the biggest producer in the OPEC oil cartel, which is to hold a key production meeting on November 27 in Vienna.

They have fallen sharply since the middle of June owing to a global supply glut.

Alwaleed said the price fall points to the need for Saudi Arabia to have “an active sovereign wealth fund and to put in it all the excess foreign exchange that you have, all the money you have, and have it earn somewhere between five to 10 percent.”

This would be similar to the sovereign funds in Kuwait, Abu Dhabi and Norway, he said.

Saudi Arabia said in June it was preparing to launch its first sovereign wealth fund. 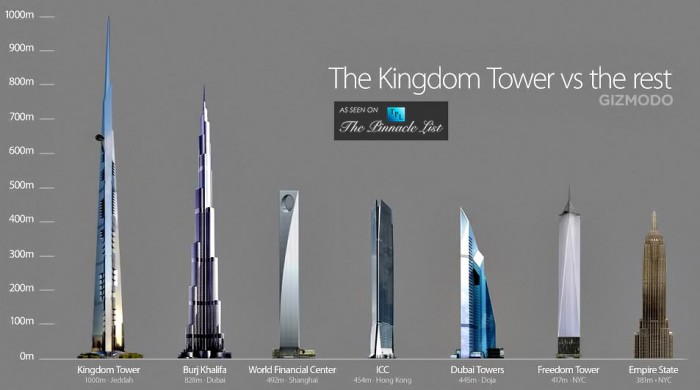 The mustachioed Alwaleed made his comments during a visit to the site of Kingdom Tower, which will rise more than one kilometre (almost 3,300 feet) to be the world’s tallest building.

Alwaleed’s Kingdom Holding is a founder of the company developing the project, first announced three years ago and which will top Dubai’s Burj Khalifa, currently the record-holding skyscraper.

Kingdom Tower is slated for completion in 2018, Alwaleed said.

Cranes tower over the four-storey foundations of the building, whose final height will only be declared later.

“It’s very confidential,” said Alwaleed, adding the building would include a hotel, apartments and offices.

He denied it would add to a glut of office space in the kingdom.

“This is a very mixed-use project,” he said under a tent in the humid air, as hammering sounded within the metal, wood and concrete building skeleton behind him.

“We are in the process right now of pre-sale,” he said.

“All underground work has been completed completely and right now we are on the verge of building a floor every four days. Clearly we expect demand to be tremendous.”

The 170-storey tower is being developed at a cost of 4.6 billion riyals ($1.2 billion) as “a global icon of Saudi Arabia’s progress, success and achievements,” its developers said in a statement