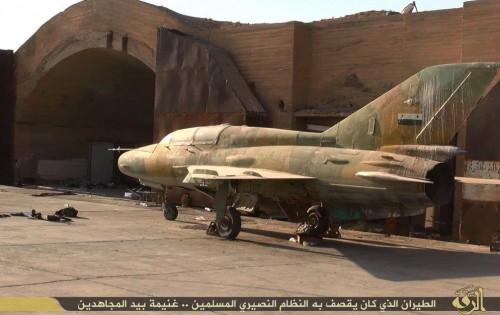 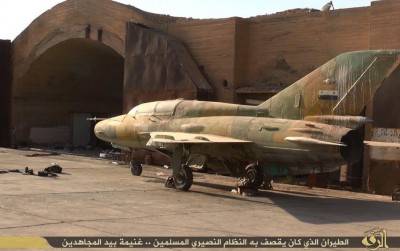 A Syrian monitoring group said on Friday that Iraqi pilots trained under former Iraqi President Saddam Hussein had joined Islamic State and were conducting training flights in three captured fighter jets at a air base in Aleppo province.

The Britain-based Syrian Observatory for Human Rights said Islamic State, which has seized swathes of land in Syria and Iraq, had been flying the planes over the captured al-Jarrah military airport east of Aleppo.

Zoabi said the Syrian air force was searching for the third jet but had destroyed two of them, the first time Damascus has acknowledged that Islamic State are flying the aircraft.

“Regarding … that terrorists control three jets in al-Jarrah military air base in Aleppo, there are three old aircraft that the terrorists were testing so the Syrian Arab Army immediately destroyed two of them on the runway as they were landing.”

“It does not worry us and (the planes) cannot be used,” he said, referring to their military capability.

U.S-led forces are bombing Islamic State bases in Syria and Iraq. The group has regularly used weaponry captured from the Syrian and Iraqi armies and has overrun several military bases.

Islamic State supporters circulated a video on Saturday showed a jet flying at low altitude which they said was one of the jets flown by Islamic State.