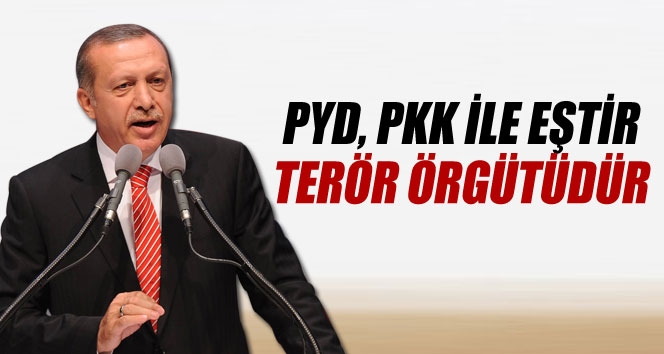 “Nations do behave wisely once they have exhausted all other alternatives,” the Israeli diplomat Abba Eban once quipped. The Turkish government finally seems to be doing so in Kobani, the northern Syrian city besieged by the Islamic State — after trying everything else. Turkeyis now helping Kobani’s defenders after standing, literally, on the sidelines for weeks as a battle raged just across the border.

As Kobani was encircled by Islamic State forces, despite air strikes by the United States and its allies, Turkey, a NATO ally, had tanks positioned only a few miles away. Why, many wondered, did Turkey do nothing to help the secular Kurdish fighters defend themselves against brutal religious fanatics?

Things looked more complicated from Turkey’s perspective though. Kobani’s defense is spearheaded by the Democratic Union Party, or P.Y.D., a Syrian Kurdish party that shares the ideology of the Kurdistan Workers Party, or P.K.K., a group that both Turkey and the United States define as a terrorist organization. The organization’s 30-year war with Turkey has claimed 40,000 lives.

Therefore, for many Turks, the battle was not between heroic Kurdish fighters and bloody terrorists; it was between two different types of terrorists. Turkey’s president, Recep Tayyip Erdogan, made this clear when he stated repeatedly that the Islamic State is “the same” as the P.K.K. and P.Y.D.

It would be unfair to depict Turkey’s stance as categorically “anti-Kurdish.” After all, it is the same Turkey that recently welcomed 180,000 refugees from Kobani, most of them Kurds, in addition to the 1.5 million Syrians who have already found a safe haven in Turkey.

Turkey also helped the Iraqi Kurds by secretly giving them weapons to use against the Islamic State, as Massoud Barzani, the president of the Kurdistan Regional Government in Iraq, recently declared. When it came to Kobani, Turkey’s problem was not that the city was dominated by Kurds, but by a specific Kurdish party affiliated with the P.K.K. — Ankara’s longstanding nemesis.

Nevertheless, Mr. Erdogan should have been more amenable to helping Kobani’s fighters. After all, it was under his own leadership that the Turkish government initiated a commendable “peace process” with the P.K.K. about two years ago. Since then, guns have been mostly silent and hopes have increased for a permanent resolution of Turkey’s festering Kurdish problem.

But the process has been sluggish — partly due to the lack of trust on both sides. Mr. Erdogan is acting as if he wants to keep the peace process as a bargaining chip to help achieve his own political goals, such as drafting a new constitution that grants him even more power. Meanwhile, the P.K.K. has repeatedly threatened to renew its armed struggle and is employing small-scale violence, such as arson and vandalism.

Kobani could have been an opportunity to help overcome these troubles, had the government used more empathetic language and taken the key step of allowing Kurdish fighters from Iraq to pass through Turkey to come to Kobani’s aid a month ago. Instead, the government’s language of indifference and its policy of inaction enraged Turkey’s own Kurds. Some of them organized violent protests, during which some bystanders were killed by protesters simply because they had long beards and looked like Islamists.

This wanton violence by pro-P.K.K. militants deserves condemnation. At the same time, Turkey’s stance toward Syria’s Kurds needs an overhaul. First, Turkey should remind itself that despite the militancy of the P.K.K., the Kurds are still the best ally for Ankara at a time when both of its southern neighbors, Syria and Iraq, are dissolving in chaos.

Second, Turkey’s government should also realize that while the brutal regime of Bashar al-Assad may indeed be the core trouble in Syria, the Islamic State is not a mere “symptom” of the Assad regime; it is now a deadly disease in itself, with a growing potential to hurt and destabilize Turkey.

Mr. Erdogan and Turkey’s prime minister, Ahmet Davutoglu, should also strive to preserve Turkey’s own internal peace by reconciling its tense society, which is now bitterly divided along political, ethnic and sectarian lines. They can do this only by using a language of moderation and empathy, tolerating criticism and peaceful protest, and offering fair and transparent governance.

Unfortunately though, the government’s response to Turkey’s polarization is to flex its muscles, which is counterproductive. After the recent protests, the government proposed legal reforms that would give it sweeping powers to crack down on dissent.

If the law passes, it will be easier for the police to wiretap and search suspects, and lawyers will have limited access to the evidence against their clients. The authorities will also be able to seize money and property if they find that “crimes against the government” have been committed. Many fear that these broad definitions could be used to criminalize political opposition.

The underlying problem is that the government sees all opposition to its rule as a well-crafted conspiracy to topple it and bring back the much-demonized “old Turkey.” Ironically, the main problem with that “old Turkey” was the same conspiratorial mindset, which resulted in the exact same manifestations of authoritarianism.

For a truly “new” Turkey, which will not be a part of the chaos in the Middle East but a cure to it, the government must move on with the “peace process” with the P.K.K. and fully realize its rapprochement with the Kurds. But it also needs to begin a new peace process with the opposition groups at home, which it has been demonizing as traitors and enemies within.

Mustafa Akyol is a columnist and the author of “Islam Without Extremes: A Muslim Case for Liberty.”