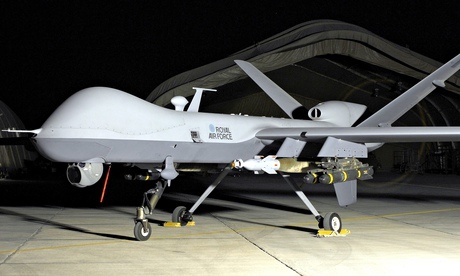 Britain’s military will start carrying our surveillance flights in Syria, the government said on Tuesday, marking a significant new step in its efforts to support the fight against the Islamic State militant group.

“Reapers are not authorized to use weapons in Syria; that would require further permission,” he said.

Britain’s air force joined international airstrikes on Islamic State targets in Iraq at the end of September, but unlike the U.S. and several regional allies, it hasn’t participated in similar action in Syria. Last year, Prime Minister David Cameron failed to secure sufficient parliamentary support for military intervention in Syria.

For many lawmakers, the situation in Syria appears less clear-cut and there are concerns about the legal basis as intervention isn’t at the request of the government—as it is in Iraq.

Mr. Cameron has said he fully supports the U.S.-led airstrikes in Syria and has indicated that U.K. involvement could ultimately spread to Syria, but has acknowledged it is a more complicated situation than Iraq

“I think there is a case for Britain doing more,” Mr. Cameron told parliamentary colleagues last week. But he added that the focus for now is on air power over Iraq and training Syrian national opposition troops because “in time the right answer for Syria is the same as the right answer for Iraq: a Government who can represent all of their people and armed services that can fight on behalf of all of their people. Britain should play its role in making sure that happens.”

The government doesn’t require parliamentary approval to take military action, but it could be politically tricky to do so without it. Mr. Cameron has said that if there was a need to take urgent action to protect British interests, he would order that and afterward consult Parliament.