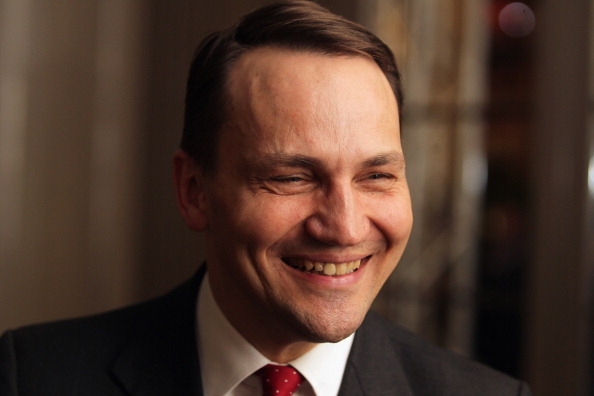 Sikorski told U.S. website Politico that Putin had put forth the proposal when Tusk had visited Moscow in 2008.
“He wanted us to become participants in this partition of Ukraine … This was one of the first things that Putin said to my prime minister, Donald Tusk, when he visited Moscow,” Sikorski , who served as Poland’s Foreign Minister till September, was quoted as saying in the interview on Oct. 19.

“He (Putin) went on to say Ukraine is an artificial country and that Lwow is a Polish city and why don’t we just sort it out together,” Sikorski said, Reuters reports.

In the interview, Sikorski said, Tusk did not respond to Putin’s proposal as he knew that it was being recorded.

“We made it very, very clear to them – we wanted nothing to do with this,” Sikorski was quoted as saying.

Responding to the revelations, Poland’s Prime Minister Ewa Kopacz said that no Prime Minister of Poland would take part in such a shameful action like dividing another country.

Meanwhile, a report by Ukraine’s parliament said Monday that more than 300 soldiers were killed during the weeks-long battle that witnessed a major setback in the military operation to eliminate pro-Russian rebels in Eastern Ukraine, reports the Associated Press.

The parliament report is the first official confirmation of the extent of defeat of the Ukrainian military in the battle of Ilovaisk.

It is believed that the total number of military personnel killed in the operation may be more. The inquiry committee said that the Defense Ministry and the General Staff has not responded to questions about the deaths of the members of the armed forces.