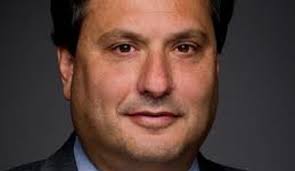 US President Obama on Friday named veteran political operative and bureaucratic manager Ron Klain to coordinate the federal response to the threat of Ebola in the United States.

Mr. Klain served as chief of staff to Vice President Joe Biden from 2009 to 2011. From 1995 to 1999, he held the same job for then-Vice President Al Gore. In 2000, he was lead Democratic counsel for the recount in Florida, which ultimately led to the election of President George W. Bush.

He got his start in politics as a Capitol Hill staff aide and counsel. He served as a campaign official during Bill Clinton’s run for the presidency in 1992.

Currently, Klain is a top executive and general counsel for firms founded by Steve Case, the former chief executive of AOL.
In his new role as the nation’s Ebola czar, Klain will report directly to Homeland Security Adviser Lisa Monaco and National Security Adviser Susan Rice. According to a statement from a White House official, issued on background, Klain’s mission will to be ensure that US efforts to detect, isolate, and treat Ebola patients at home are properly integrated, but don’t detract from the continued fight to stop Ebola at its source in West Africa.

That will be a tall order. But the administration thinks he has a unique set of skills that lends itself to this emergency job.

Is that what’s needed? The announcement of Klain’s appointment launched an immediate (and predictable) Washington debate as to whether a health-care professional would have been a better choice for the job.

A respected medical figure, such as the late US Surgeon General C. Everett Koop, would have more credibility with the US public and thus do a better job at calming unnecessary fears, in this view.

On the other side, Klain supporters said that his choice shows the administration understands how difficult it is to get the various arms of the US government to really work together, even in a crisis. You’ve got to know how various agencies work, and who to call within those agencies, writes Vox editor and publisher Ezra Klein. You’ve got to have the stature to get those agencies to call you back.

“It would have been tempting for the Obama administration to nominate an Ebola czar who sounded good: someone with a long list of medical credentials to her name, or someone with a reassuring public profile. But the federal government has plenty of skilled epidemiologists, and this position needs to do more than the Sunday talk shows,” Klein writes.