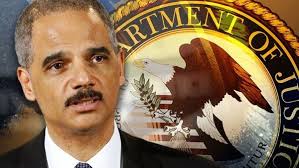 Eric Holder, who served as the public face of the Obama administration’s legal fight against terrorism and weighed in on issues of racial fairness, is resigning after six years on the job. He is the nation’s first black attorney general.

The White House said that President Barack Obama would announce Holder’s departure later Thursday and that Holder, one of Obama’s longest serving Cabinet members, planned to remain at the Justice Department until his successor was in place.

Holder’s decision comes in the midst of a high-profile Justice Department civil rights investigation into the use of force by police in Ferguson, Missouri, where a young black man was shot by a white law enforcement officer last month.

The news of Holder’s resignation came as civil rights leaders and the families of the Ferguson man, Michael Brown, and Eric Garner, who died in a New York City police chokehold this summer, were appearing at a news conference in Washington.

Holder has become the point man in the federal response to the shooting, which has sparked racial tension in the St. Louis suburb.

White House officials said Obama had not made a final decision on a replacement for Holder, who was one of the most progressive voices in his Cabinet. A Justice Department official said Holder finalized his plans in a meeting with the president over the Labor Day weekend.

Massachusetts Gov. Deval Patrick, sometimes mentioned as a possible Holder successor, took himself out of consideration. “That’s an enormously important job, but it’s not one for me right now,” Patrick said.

Holder, a 63-year-old former judge and prosecutor, took office in early 2009 as the U.S. government grappled with the worst financial crisis in decades and with divisive questions on the handling of captured terrorism suspects, issues that helped shape his tenure as the country’s top law enforcement official. He is the fourth-longest serving attorney general in U.S. history.

He also took on questions of racial fairness, working to improve police relations with minorities, enforce civil rights laws and remove disparities in sentencing. Most recently he has been at the forefront of the administration’s reaction to the police shooting in Ferguson last month of Brown, an unarmed 18-year-old.

In a recent interview with The Associated Press, Holder said he hoped the local and federal investigations would be concluded sooner rather than later.

“We would not be well served as a nation to have this drag out,” Holder said of the investigation. “There’s a great deal of anticipation, and I’d say apprehension, on the part of the people in Ferguson, and many people in this nation, about how this is going to be resolved.”

The Rev. Al Sharpton urged the White House to meet with civil rights representatives before appointing a replacement. “There has not been an attorney general with a civil rights record equal to Attorney General Eric Holder,” Sharpton said.

In his first few years on the job, Holder endured a succession of controversies over, among other things, an ultimately abandoned plan to try terrorism suspects in New York City, a botched gun-running probe along the Southwest border that prompted Republican calls for his resignation, and what was seen as failure to hold banks accountable for the economic near-meltdown.

But he stayed on after Obama won re-election, turning in his final stretch to issues that he said were personally important to him. He promoted voting rights and legal benefits for same-sex couples and pushed for changes to a criminal justice system that he said meted out punishment disproportionately to minorities.

Stung by criticism that the department hadn’t been aggressive enough in targeting financial misconduct, Holder in the past year and a half secured criminal guilty pleas from two foreign banks and multibillion-dollar civil settlements with American banks arising from the sale of toxic mortgage-backed securities. Even then, critics noted that no individuals were held accountable.

A former deputy attorney general in the Clinton administration, Holder was pulled away from private practice to reshape a Justice Department that had been tarnished by a scandal involving fired U.S. attorneys and that had authorized harsh interrogation methods for terrorism suspects.

He immediately signaled a new direction for the incoming administration by declaring that waterboarding was torture, contrary to the George W. Bush administration’s insistence that it wasn’t.

In the first year of his tenure, Holder was widely criticized by Republicans and some Democrats for his plan to try professed Sept. 11 mastermind Khalid Sheikh Mohammed and other alleged co-conspirators in New York. The plan was doomed by political opposition to granting civilian criminal trials to terrorist suspects, who arguably would have had greater legal protections in civilian courts than in military commissions. The attorney general gave up the effort, but he continued to maintain that civilian courts were the most appropriate venue. He argued that his original plan was vindicated by the successful prosecution in New York of Osama bin Laden’s son-in-law.

Under his watch, the Justice Department cracked down on news media reporting on national security matters. The department secretly subpoenaed phone records from Associated Press reporters and editors and used a search warrant to obtain some emails of a Fox News journalist as part of a separate leak investigation.

On matters of policy, Holder spoke frankly about how his upbringing — his father emigrated from Barbados and his sister-in-law helped integrate the University of Alabama — helped shape his thinking. He referred to America in 2009 as a “nation of cowards” in its discussions of race. He later lamented that “systemic and unwarranted racial disparities remain disturbingly common.”