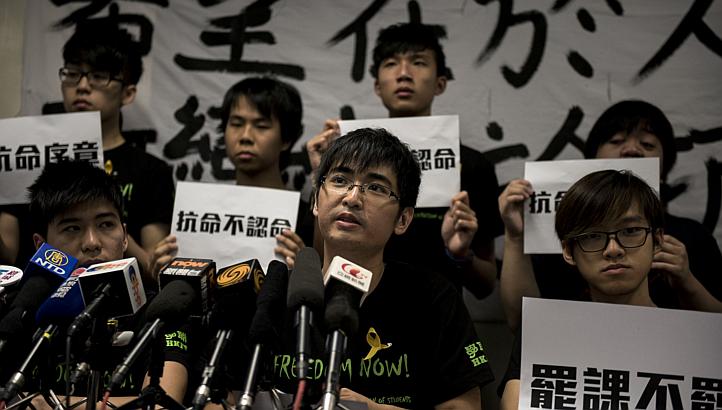 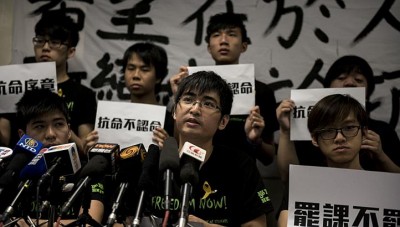 Thousands of Hong Kong students are gearing up to boycott classes Monday over Beijing’s decision to restrict electoral reforms in a weeklong strike marking the latest phase in the battle for democracy in the southern Chinese city.

The strike comes as a dozens of Hong Kong’s tycoons and business leaders visit Beijing to discuss the reforms as China’s communist leaders seek to bolster support among the city’s billionaire elites for the government’s policies.

Students will start the class walkout by rallying at the Chinese University of Hong Kong suburban campus on Monday afternoon and then gather daily for the rest of the week in a park next to government headquarters.

Strike organizers are dismayed over Beijing’s decision in August to rule out open nominations for candidates under proposed guidelines for the first-ever elections to choose the city’s top leader, scheduled for 2017.

The National People’s Congress, China’s legislature, instead insists that candidates be vetted by an elite committee that’s similar to the body of mostly pro-Beijing elites that has until now selected the city’s leaders. Democracy groups reject such screening for loyalty to Beijing and demand elections that offer a genuine choice.

The battle over democracy in Hong Kong has let to increasing tension in the city, with activists threatening to stage a mass “occupation” of the Asian financial hub’s central business district as early as Oct. 1 as part of a civil disobedience campaign to press their demands.

About 380 academics and other school staff have signed a petition supporting the students, saying they should not “stand alone.”

“At the minimum, (the strike) can provide a wakeup call to tens of thousands of university and secondary school students in Hong Kong,” said Dixon Sing, a professor at Hong Kong University of Science and Technology and one of the organizers of the signature campaign. The organizers are “trying to inspire many other fellow classmates to be aware of and be devoted to the democratic movement.”