Egypt will finally get its 10 Apache helicopters from U.S. 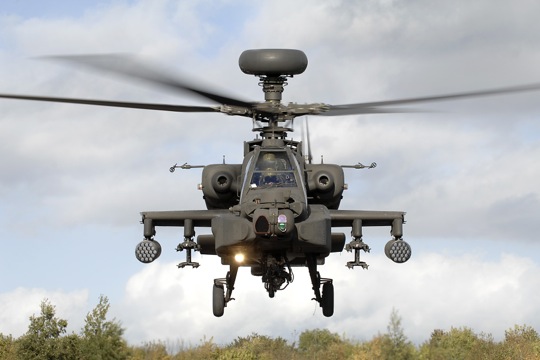 “Secretary Hagel and General Sobhi also discussed regional security in the Middle East and North Africa and the U.S. led coalition to counter-ISIL,” Pentagon Press Secretary John Kirby said in a statement, referring to the militant organization Islamic State which has made military advances in Iraq and alarmed the U.S.-led West.

During the conversation, Hagel also thanked Sobhi for Egypt’s role in brokering a cease-fire to end the Gaza crisis, said the statement.

“The two leaders reaffirmed their commitment to a strong bilateral relationship and agreed to continue to engage regularly,” the statement added.

Sobhi, former army chief of staff, replaced Abdel-Fattah al-Sisi in late March, after the latter announced his resignation from the army in order to run for president. Sisi won the presidential elections held in late May.

The U.S. temporarily halted its military aid to Egypt, including the delivery of 10 Apache helicopters, until late April when Barack Obama administration decided to partially relax the suspension of U.S. aid.