News FSA chief: We warned the Americans about ISIS​ 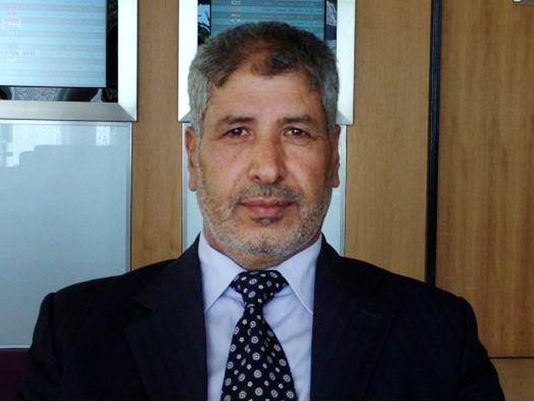 The Free Syrian Army is on the verge of collapse.

Fighting on two fronts, it is not only battling the Assad regime but must also stop the march of the barbaric militant group ISIS across Syria.

For General Abd al-Ilah al-Bashir, the newly appointed leader of the FSA, continued American airstrikes could be key to aiding his army’s fight against ISIS.

“The American airstrikes could help the revolutionaries to destroy this organization and make them step back,” he told the program.

Christiane Amanpour asked the leader of the Free Syrian Army if he had been in contact with the American government as the threat of ISIS began to grow in Syria, were they made aware of just how big a threat this group could have grown to be?

“We met with the Americans a few times and we warned them of the danger of this organization and we showed our readiness to fight against them because it’s dangerous, not only for the region, but the whole world,” the General said.

“We are ready to defend the whole world. But we did not get much support or help to do that.”

Earlier in the week, The U.K.’s Ambassador to the United Nations told the program that “ISIS is a monster that the Frankenstein of Assad has largely created”. The General made clear that he also believed the government of Bashar al-Assad is to blame for this barbaric organisation. ​

“We are convinced that it is part of the Assad regime. And they have complete coordination with members of this regime and they lead and they coordinate with the Syrian regime.”

Al-Bashir told Christiane Amanpour that his forces in the field are on the brink of defeat because they simply do not have the weapons.

“We, the FSA, we are asking for the minimum possible to continue fighting. The help we’re getting is limited, it’s not enough, just enough to continue fighting, not to win. We are fighting in two fronts, one against the regime and one against ISIS. They are, little by little, occupying the land that we liberated and it’s like cutting one finger at a time until you have cut the entire hand, that’s what they are doing and they are going slowly but firmly.”

“They have the weapons; we don’t have enough weapons to defend and that’s what’s happening because we are divided.”

If they do not get the supplies they require, Amanpour asked, what would be the nightmare scenario for General al-Bashir.

“My worst nightmare is ISIS growing and the regime militia growing as well. That is happening because we are not getting support from the countries helping us and especially the United States. They are not dealing with the leadership of the FSA in a serious way.”