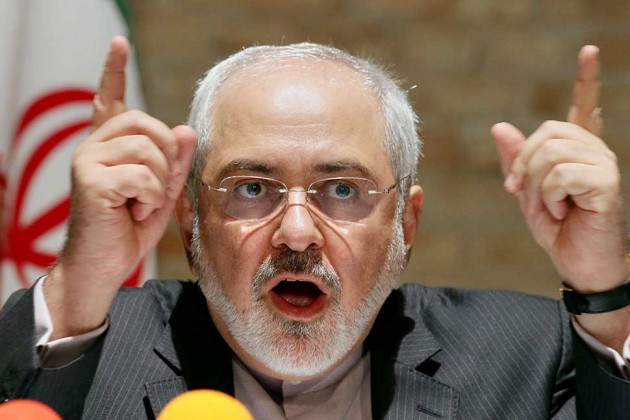 zarif
Iran’s foreign minister said Sunday he is ready to meet his Saudi Arabian counterpart on the sidelines of next month’s UN General Assembly and to visit the Gulf powerhouse later this year.

Mohammad Javad Zarif’s remarks come amid a slight diplomatic warming between Sunni-majority Saudi Arabia and Shiite-majority Iran, which are fiercely divided over the civil war in Syria and other regional conflicts.

“The first opportunity for talks between me and his Excellency (Foreign Minister Prince) Saud al-Faisal is on the sidelines of the United Nations General Assembly, and we hope to be able to use the opportunity,” Zarif said during a joint news briefing with his Finnish counterpart Erkki Tuomioja. “After that I am ready to visit Saudi Arabia and welcome (Saud) to Iran.”

Saudi Arabia invited Zarif to visit in May.

Tehran and Riyadh have long viewed each other with suspicion, and relations have been further strained by the civil war in Syria. Saudi Arabia backs rebels fighting to topple President Bashar Assad’s government, which is supported by Tehran. Saudi Arabia has also accused Iran of backing Shiite uprisings in neighboring Yemen and Bahrain.

However, Saudi Arabia and Iran are both concerned about the threat posed by the rise of the Islamic State militant group in Iraq — a country they both border — and they have expressed support for Haider al-Abadi, a Shiite, as Iraq’s prime minister-designate.