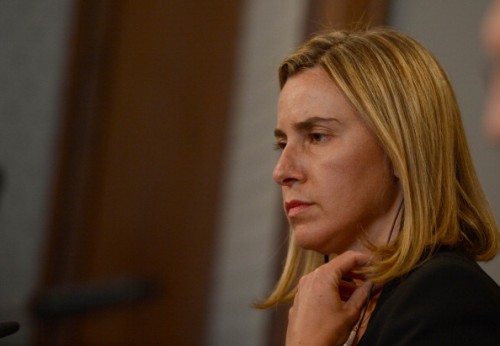 European Union leaders are set to decide who will get the prestigious job as the 28-nation bloc’s foreign policy chief for the next five years.

The heads of state and government are widely expected to nominate Italy’s Foreign Minister Federica Mogherini at Saturday’s summit in Brussels as part of a package deal that includes other top appointments.

The decision on incumbent Catherine Ashton’s successor comes as the crisis at the EU’s eastern border pitting Ukraine against Russia poses one of the biggest foreign policy challenges for the bloc in decades.

Ashton, whose term ends in October, has been a frequent interlocutor for U.S. secretaries of state and chairs the negotiations on Iran’s nuclear program.

The 41-year-old Mogherini, Italy’s foreign minister only since February, has been criticized for lacking experience.