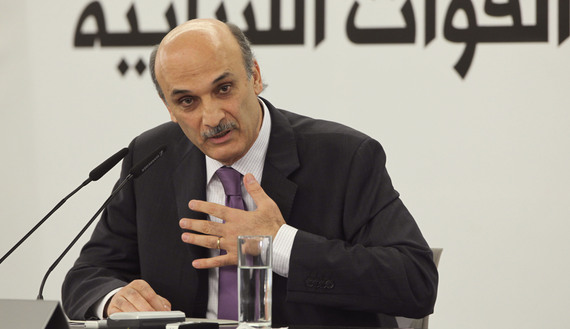 Lebanese Forces Leader Samir Geagea  who was the first to announce his candidacy for the presidential election revealed on Wednesday that he will reiterate his solution to the presidential deadlock in an effort to end the stalemate .

In remarks published in An Nahar newspaper  on Wednesday Geagea said that he will seek with his allies  in  March 14 to suggest anew his solution to end the presidential stalemate.

He told the daily  that his “initiative” highlights the selection of another March 14 candidate, but if the allies failed he would remain their sole nominee for the presidency.

Last  May, Geagea proposed to withdraw his candidacy from the presidential elections if a deal was reached to back the candidacy of another March 14 alliance member.

The Christian leader considered that the camp should settle on a candidate ahead of the upcoming parliamentary session on September 2 to elect a new head of state.

The LF chief said that the March 14 coalition has been pressing to end the stalemate through democratic and civilized means.

However, he expressed regret that “the exerted efforts are being thwarted by the other team’s stubbornness.”

Syrian and Iraqi regime behind  ISIS

Concerning the growing power of the Islamic State of the Iraq and Syria  in the region ( ISIS) , Geagea accused the regimes of Syrian President Bashar Assad and Iraqi Prime Minister Nuri al-Maliki of supporting and nourishing it.

He pointed out that efforts should be exerted to combat this “phenomenon” and eliminate it as soon as possible.

The militants   who  launched in early June a major offensive in northern Iraq, have declared a “caliphate” straddling vast areas of Iraq and Syria.

The Lebanese parliament failed for the tenth time in a row to hold a session to elect the country’s new president to replace  Michel Suleiman whose terms ended on May 25.

After  Geagea secured 48 votes last April 23, the Hezbollah led March 8 alliance including FPM leader MP Michel Aoun walked out from the parliament to make sure there was no quorum to elect a president. They continued their boycott of the parliament during the other sessions that followed .

Aoun has not announced his candidacy but he aspires to become a consensual nominee
“I will announce my nomination when the political situation in parliament becomes clear and when (the current candidates) are dismissed,” Aoun said last June.

September is the date 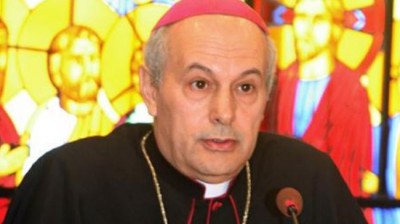 Vatican Ambassador to Lebanon Bishop Gabriele Caccia ( pictured) , informed the rival political parties that the country will witness the election of a new president  in September, according to  report by al-Liwaa newspaper published on Wednesday

Caccia, who will accompany Maronite Patriarch Beshara al-Rai to the Vatican, said that the new president will not be from the  list of names circulated by  the media .

Rai will travel to the Vatican on Thursday to meet with Pope Francis and other senior officials for talks on the presidential deadlock and the exodus of Christians and minorities in Iraq and Syria.