7 nations join US in supporting Kurds against ISIS 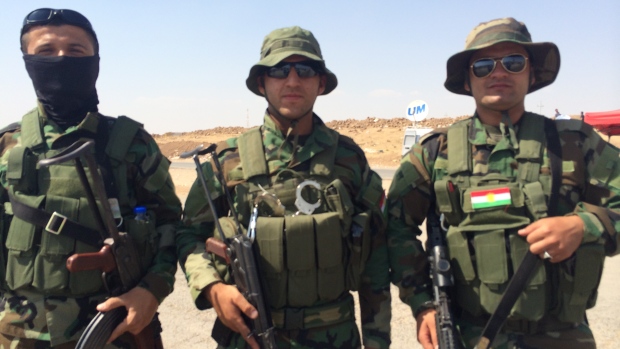 Seven countries, including Italy, France and the UK, have joined the American effort to arm the Kurdish forces in northern Iraq against Islamic State of Iraq and Syria (ISIS), a terrorist outfit that has gained control of large parts of Syria and Iraq.

“In addition to support from the US and the central government of Iraq in Baghdad, seven additional nations – Albania, Canada, Croatia, Denmark, Italy, France, and the United Kingdom  – have committed to helping provide Kurdish forces urgently needed arms and equipment,” US Defense Secretary Chuck Hagel said.

He said the United States appreciated the willingness of more and more of its allies and partners to support the Iraqi people in their fight against the Islamic State.

It was two weeks ago that commissioned a US-led working group to accelerate resupply efforts to the embattled Kurdish forces in northern Iraq.

Hagel said operations have already begun and will accelerate in the coming days with more nations also expected to contribute.

“I’d like to thank each of these allies for working alongside the United States military,” he said.

This multinational effort, which is being coordinated with the Government of Iraq in Baghdad, will greatly assist Kurdish forces in repelling the brutal terrorist threat they face from the Islamic State militants, he said.

“The determination of the Iraqi people and the international community to counter the threat posed by ISIL is only growing, and the United States looks forward to working with our friends from around the world to assist this effort,” he said.