“Where is Lebanon Heading Now ?” report predicts a bleak future 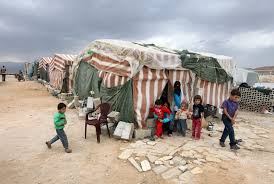 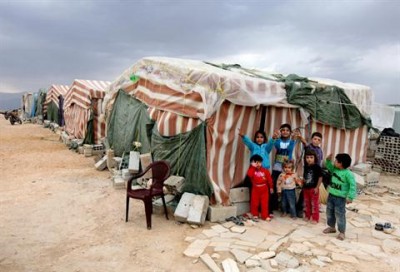 The economic, security and political situations in Lebanon are likely to worsen in the coming six months according to a report by the Assessment Capacities Project (ACAPS), a humanitarian needs assessment group.

The report titled “Where is Lebanon Heading Now?” outlined five possible scenarios in Lebanon, all related to the large influx of Syrian refugees – set to “surpass one third of the overall Lebanese population by the end of the year” – and outlined the humanitarian impact these scenarios that concerned parties would have to prepare for. It was completed as a part of ACAPS “Syrian Needs Assessment Project” (SNAP).

The report ranks the likelihood of these scenarios from ‘unlikely’ to ‘very likely’ and the humanitarian impact from ‘insignificant’ to ‘very important.’

“Improved coordination efforts between conflicting political factions and fragile stabilization” was deemed unlikely. This was a scenario in which Hezbollah and the Future Movement succeed in reaching an agreement with encouragement from regional powers to address the two major issues within Lebanon: the refugee status of Syrians in Lebanon and the coordination of response to internal and external threats.

The report proposed that the threat of the Islamic State of Iraq and Greater Syria (ISIS) could pressure the Lebanese Army, the Syrian army and Hezbollah into greater coordination, but this was nonetheless deemed unlikely.

On the other hand, the report considered “the collapse of the Lebanese economy” a probable scenario with an “important humanitarian impact.”

Given the decline in Lebanon’s GDP growth from 9% to 2% over the past four years and the effect of the global economic situation and regional instability, the report predicted that Lebanon’s economy would not be able to withstand the continuous influx of refugees.

The refugees cause a strain on the “already inadequate public infrastructure” and also cause structural changes in the market, especially among already impoverished communities, the report explained.

“The continuous arrival of refugees further increases the number of low-cost workers, pushing down wages, making informal and illegal work more attractive, and increasing the need for welfare services,” the report said.

Lebanon’s growing public deficit and short-term debt repayments, coupled with the added public costs due to the influx in refugees, could push the country to the brink of bankruptcy; which will in turn lead to an explosion in the unemployment rate – already at 20 percent – pushing thousands of Lebanese into poverty, the report forecast. This would also lead to an increase in the costs of goods, further public wage cuts and increased civil unrest.

The report considered civil unrest as a whole, more or less imminent, as it classified “scenario 3: Sharp rise in social tensions” as “very likely” and, even more worrying, an increase in clashes – or “activism by armed groups” – as probable.

According the ACAPS report, the government’s policy against establishing formal refugee camps – that has caused a mushrooming of informal settlements in up to 2,000 localities – will lead to tensions between Sunni and Shia, as well as between refugees and host communities.

“The media, community leaders and political parties fuel these tensions by participating in the negative perception of refugees and blaming them for insecurity, economic slowdown and political instability,” the report noted.

The report also considered Arsal an indicator that the country is “on the edge of a wider conflict mainly due to pre-existing dormant tensions.”

The report outlined ISIS sleeper cells in vulnerable communities, Syrian armed forces continuing shelling in “perceived opposition areas inside Lebanese territory,” the Lebanese Army’s failure to carry out security plans and the political vacuum, as the main threats to stability.

However the report envisioned one benefit that may emerge from an increase in clashes was that Lebanon may receive more funding from the international community.

Due to the ongoing conflict in Iraq, a lot of international attention and donor funds are now being channeled to the east of the region. Due to this, the report predicted that aid agencies are very likely to shift their response and design.

“Funding coverage continues to recede, while needs continue to increase, widening the long-advertised gap in resources for the needed response,” the report stated.

The government and donors will also start requiring that the funding helps vulnerable Lebanese as well.

One interesting note is that the report predicted that most scenarios would result in the return of Syrian refugees to Syria as Lebanon proves too unstable or inhospitable to stay in.