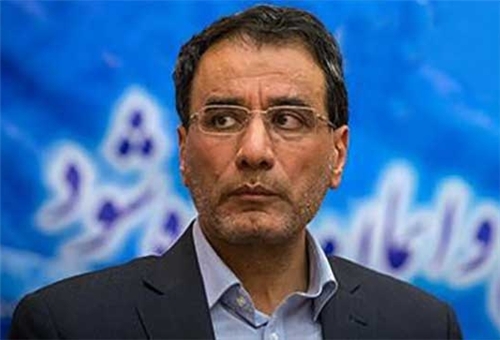 Iranian Science Minister Reza Faraji-Dana
Share:
Iran’s parliament, led by a group of conservative lawmakers, impeached a minister in Hassan Rouhani’s government in the first major clash between the legislature and the president of his yearlong rule.

Science Minister Reza Faraji-Dana’s ouster came after he allowed the return of students and professors kicked out of universities, some for political activities, during the rule of Rouhani’s hardline predecessor, Mahmoud Ahmadinejad

In a vote today, 145 parliament members backed the move to impeach Faraji-Dana, while 110 voted against and 15 abstained, according to the official Islamic Republic News Agency.

The removal of the minister is a “big blow” to Rouhani, said Mahjoob Zweiri, a professor of Middle Eastern politics who focuses on Iran at Qatar University in Doha. “It’s the first serious confrontation between Rouhani and the parliament” and as such “ends the period of honeymoon” between the two power centers since Rouhani entered office, Zweiri said.

Rouhani, a moderate cleric, had promised during campaigning for the presidency to ease curbs on civil liberties. While he has struggled to advance that domestic agenda against growing domestic opposition within Iran’s theocratic system, he’s resisted pressure from hardliners who object to his foreign policy approach of improving ties with the U.S. and its allies.

The impeachment motion, signed by 51 members of the 290-seat chamber, was lodged earlier this month and was the first against a minister in Rouhani’s cabinet. The signatories had accused Faraji-Dana of acting “against the nation’s interests,” saying some of his decisions “politicized” the environment of universities and were a risk to Iranian security.

In a tweet on his Twitter account shortly after the vote, Rouhani nominated Mohammad-Ali Najafi to oversee the science ministry until he picks a replacement who would require parliamentary approval. Rouhani appointed Faraji-Dana as his adviser on science and education.

The impeachment motion was prompted by Faraji-Dana’s decision to allow back into universities some activist students who had been barred from studying and professors fired under the government of Ahmadinejad.

Under the conservative former president’s administration, universities were targeted, with more liberal academics forced to retire and a policy of “Islamization” covering college environments and textbooks, Zweiri said.

Iranian universities have been a hotbed of political confrontation and were the site of rallies and a subsequent crackdown during 2009 protests against the re-election of Ahmadinejad, which opponents claim was tainted by vote fraud. Iranian authorities have generally been less tolerant of campus politics since then. Rouhani has criticized the “policed climate” and backed more freedom of expression for university professors and students.

Officials said Rouhani had planned to be present in parliament to defend his minister. A postponement of the session from yesterday meant the president was unable to attend, as he was scheduled to travel to the country’s northwest.

The impeachment initiative moved forward despite reluctance from Iranian Parliamentary Speaker Ali Larijani, who said “time and energy shouldn’t be consumed by political frictions,” according to a report in Shargh newspaper yesterday.

Along with Faraji-Dana’s decision to allow students and professors back in universities, lawmakers had also bridled at the ex-minister’s demands for a probe into about 3,000 fellowships given by the former government and the annulment of those made to ineligible recipients.

“More than 140 students who had security accusations against them have been allowed back into universities,” said Mohammad Mehdi Zahedi, a minister of science and technology who served under Ahmadinejad, Mehr news agency reported yesterday. This is a “far cry from the president’s promise to bring about moderation.”

The impeachment debate was followed closely by parliament’s employees, who tuned into radio broadcasts of the session which echoed along the building’s corridors. Some expressed surprise and disappointment at the result.

Faraji-Dana defended his ministership. “In the past year, the universities have had the most healthy and cheerful climate,” he said during his impeachment session, according to a separate Mehr report. “Students are young and can make mistakes,” and they should not have to endure “heavy punishments,” he added.

Ali Motahari, a parliamentarian who opposed the impeachment, was quoted in Shargh as saying those behind the move saw freedom of speech as a threat to the establishment.

“If universities open up and students are able to express their views, it doesn’t mean that there will be mayhem,” he said. “We shouldn’t be scared.”