over 2,000 Palestinians died in Gaza during Israeli offensive 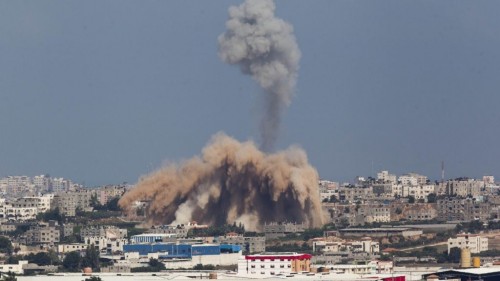 More than 2,000 Palestinians have died in Gaza during the Israeli offensive launched on July 8 against the military infrastructure of the Islamist Hamas movement, medical officials reported Sunday.

In all, 2,016 people have died in the past five weeks, including 541 children, 250 women and 95 elderly people, the spokesman for the Health Ministry in the coastal strip, Ashraf Al Qedra, said in a press release.

During the period in question, 10,193 Palestinians have been wounded, he added.

The current five-day cease-fire in the Gaza Strip agreed to by the Israelis and Palestinians after Egyptian mediation has permitted rescue services to continue searching for victims among the ruins of buildings destroyed during the conflict, a process that has raised the death toll.

This past week, the Housing and Public Works Minister in Gaza, Mufid Hasayna, said that “about 40,000” structures of all kinds have been destroyed or severely damaged during the offensive.

According to a report released the Housing Ministry, the losses could exceed $5 billion, while on Sunday the Gaza workers union said unemployment in the Strip had risen to 200,000 since the conflict began.

Meanwhile, 64 Israeli soldiers and one Israeli civilian, a Bedouin and a foreign worker have died in the offensive or as a result of the more than 3,500 rockets fired by Palestinian militants from Gaza into Israeli territory since Operation Protective Edge was launched to eliminate the rocket fire and destroy tunnels dug by Islamist radicals under the border.