IBM develops a computer chip that ‘functions like a human brain’ 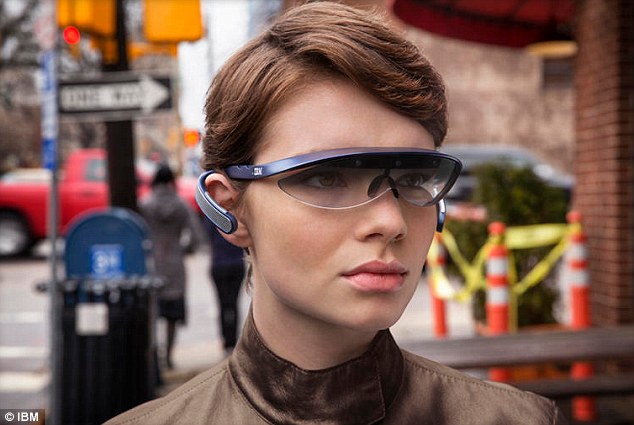 IBM’s TrueNorth processor could enable a wide variety of applications based on the human brain’s computing power. For instance, it could help assist vision-impaired people to navigate through an environment
Share:

IBM has developed a computer chip which it says will function like a human brain in a giant step forward for artificial intelligence.

TrueNorth is being hailed as the world’s first neurosynaptic computer chip because it can figure things out on its own.

The chip also has one million ‘neurons’ and could cram the same power as a super computer into a circuit the size of a postage stamp.

Experts said that it was as big an advance as the advent of supercomputers in the 1980.

Horst Simon, deputy director of the Lawrence Berkeley National Laboratory, told the New York Times: ‘It is a remarkable achievement in terms of scalability and low power consumption’.

In addition to the one million ‘neurons’ it has 256 million programmable synapses, the most IBM has ever put in a chip.

The human brain has 100 billion neurons and up to 150 trillion synapses but IBM principal investigator and senior manager Dharmendra Modha told CNET.com that it could still perform a wide variety of tasks.

He said that TrueNorth could be used to monitor oil spills or issue tsunami alerts on its own without the need for a human to keep track of things.

He said that if a robot today was walking towards a pillar then it needed a huge amount of computing to stop it heading into it.

But a robot using TrueNorth would be able to sense it and change direction just as a human can.

Computers are now approaching the stage where they are considered ‘smarter’ than humans in many ways.

Earlier this year a computer programme passed the Turing Test for the first time, which is seen as a milestone in artificial technology.

The programme, which mimicked a 13-year-old boy, was mistaken for a human more than 40 per cent of the time during a series of five-minute keyboard conversations with a real person.

Films like The Terminator have played on our fears about such technology – in the classic sci-fi thriller a computer system becomes self aware and launches nuclear strikes in an attempt to wipe out humanity, leading to a war between man and machines.

Ironically IBM’s cognitive computing programme is called SyNapse, which is similar to Skynet, the computer system in The Terminator.