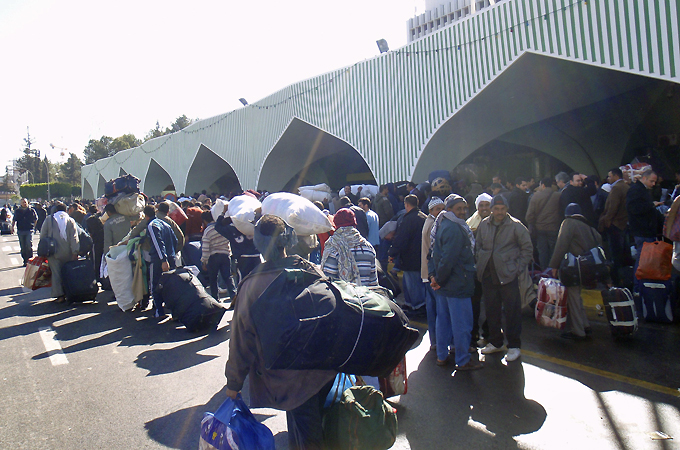 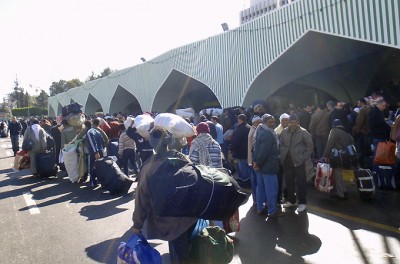 Thousands of expatriate workers from all over the world have been forced to flee the North African state in the past week or so amid an escalating death toll as fighting intensifies between rival militias.

Tripoli’s international airport has been forced to close following violent clashes and most embassies in the capital have now closed and staff evacuated.

Italy’s embassy was one of only a few remaining open on Monday. The Italian government said its task was to facilitate an air bridge between Tripoli and Rome to enable expats to be evacuated. The Italian oil company Eni has a major presence in Libya, though production in the country has now virtually shut down.

Earlier this year, BP mothballed exploration in Libya’s Ghadames basin, near the borders with Algeria and Tunisia, because of security concerns, though it has continued with offshore exploration.

On Sunday, HMS Enterprise evacuated 110 people, including children. A Foreign Office spokesman said that the majority of those rescued were UK citizens.

Many of the British consular staff were evacuated last week, but the ambassador and core staff remained, although they are now also returning to the UK.

Expatriate residents still remaining in Libya have been advised to find their way home on commercial flights, some of which are still operating from Misrata and Maitega airports.

More than 100 Britons, primarily long-time residents, are believed to remain in Libya. The Foreign Office is advising against all travel to the country.

Fighting in Benghazi and Tripoli over the past two weeks has been the worst in the country since the fall of Muammar Gaddafi in 2011. More than 2,000 people have been killed in fierce clashes that have exposed the Libyan government’s inability to control the heavily armed brigades of former anti-Gaddafi fighters who refuse to disband.

The Benghazi Revolutionaries’ Shura Council, an alliance consisting of former rebels and Islamist militants, have now forced the Libyan army out of Benghazi.