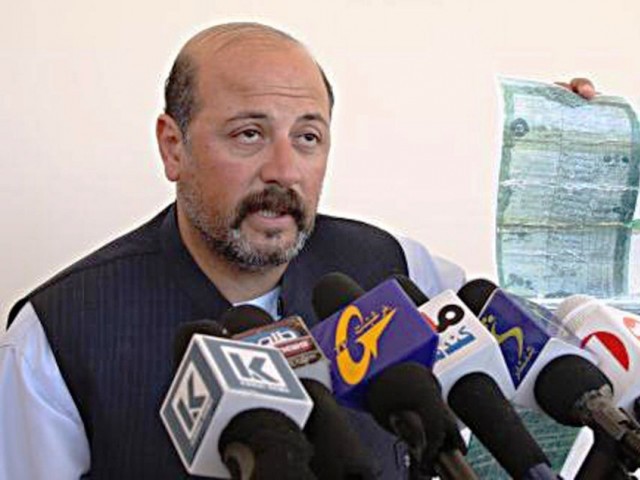 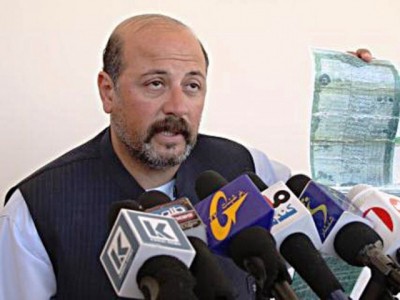 KANDAHAR: A suicide attacker killed a cousin of outgoing Afghan President Hamid Karzai near the volatile southern city of Kandahar on Tuesday, officials said, raising tensions during a struggle over the contested election result.

Hashmat Khlil Karzai ( pictured) was a campaign manager in Kandahar for Ashraf Ghani, one of the two presidential candidates involved in a bitter dispute over fraud that threatens to pitch the country into worsening instability.

Hashmat Karzai, who famously owned a pet lion, was killed by a man with explosives hidden inside his turban when visitors arrived to celebrate Eid.

“After he hugged Hashmat, he blew up his explosives and killed him.”

Ghani and opposition leader Abdullah Abdullah are at loggerheads over the June 14 second-round election, which has been mired in allegations of massive fraud.

Ghani won the vote according to preliminary results, but an audit of the ballots is under way after Abdullah refused to accept defeat due to fraud claims.

With the audit triggering another outbreak of complaints from both sides, many fear the country could be at risk of a revival of the ethnic violence seen during the 1992-1996 civil war.

Hashmat Karzai first worked in this year’s presidential election campaign for Qayyum Karzai, the president’s brother, and later moved to support Ghani when Qayyum withdrew from the race.