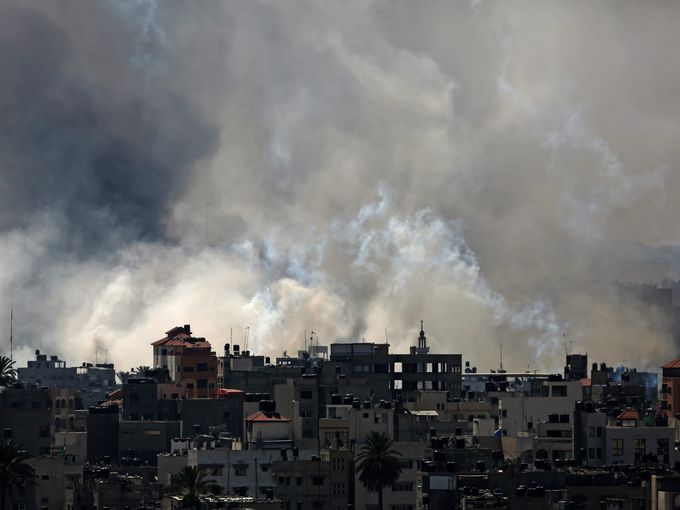 Israeli military units and Palestinian militants traded fresh attacks Sunday, even as each side offered truces to temporarily halt the bloodshed ahead of the upcoming Muslim holiday.

Each blamed the other for the prolonged fighting.

After initially rejecting an Israeli offer Saturday for a 24-hour truce, Hamas said Sunday it agreed to hold fire ahead of the Eid al-Fitr holiday marking the end of the Muslim fasting month of Ramadan.

But as Israel’s Cabinet considered the offer, rockets fell on southern Israel and Israeli strikes could be heard in Gaza.

Hamas said that “due to the lack of commitment” by Israel, it resumed its fire. Israeli Prime Minister Benjamin Netanyahu said that Hamas showed it could not be trusted.

“Israel is not obliged and is not going to let a terrorist organization decide when it’s convenient to fire at our cities, at our people, and when it’s not,” Netanyahu said on “Fox News Sunday.”

President Obama urged a “humanitarian ceasefire” during a phone call with Netanyahu.

Hamas’ announcement came after Israel offered a 24-truce that was rejected by the militant group late Saturday.

The Israeli military charged that about a dozen rockets were launched from Gaza since midnight, and said it was resuming its military operations in the Gaza Strip as a result.

After Hamas’ call for a cease-fire, an Israeli airstrike killed one in Gaza after it hit a vehicle carrying workers who were on their way to fix water pipes, the Palestinian Red Crescent said. At the same time, a rocket fired from Gaza lightly injured one person in Israel, police said, as sirens wailed throughout southern Israel.

The 20-day conflict has left more than 1,030 Palestinians dead, according to the Associated Press. In Israel, 46 have died, including 43 soldiers, two civilians and a Thai worker, AP reported.