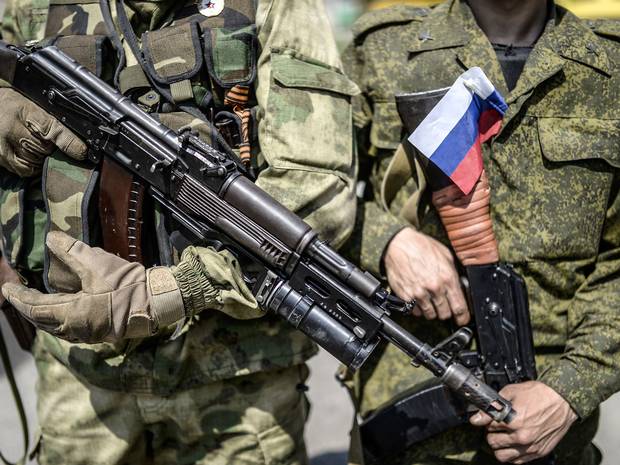 The Pentagon sites ‘human intelligence’ showing that Russia, not separatists, attacking Ukrainian military positions
Share:
US officials claim to have evidence that Russia has been firing artillery from within its own territory across the border into Ukraine.

The US state department said it had evidence from “human intelligence information” that Russia intends on supplying separatists groups with heavy weapons and missile launchers.

Marie Harf, a state department spokesperson, said on Thursday: “We have new evidence that the Russians intend to deliver heavier and more powerful rocket launchers to the separatists in Ukraine, and have evidence that Russia is firing artillery from within Russia to attack Ukrainian military positions.”

Declining to discuss the nature of the evidence or any detail, Ms Harf would only say it had come from “human intelligence information”.

The revelation comes as the UK considers a swathe of new economic sanctions to be placed on Russia, including the decision to deny state-owned banks access to capital, while Ukraine’s Prime Minister Arseniy Yatseniuk quit abruptly on Thursday.

Mr Yatseniuk announced his resignation, adding to the country’s woes as it has fought to deal with the issue of the downed MH17 flight and the subsequent battle with separatists over the remains. His departure, which will see an earlier election, was welcomed by President Petro Poroshenko, who said: “Society wants a full reset of state authorities”.

Plans for tougher sanctions to be imposed on Russia by the UK and other European Union countries on Thursday marked the most serious action seen so far. The denial of Russian banks to capital, much of which is brokered in the City of London, is expected to severely affect Russia’s economy, which is understood to be kept afloat by the system.

Pentagon spokesperson Colonel Steve Warren told Fox news there is “no question” that the Russian military, not armed separatists, have been firing from within its own territory onto Ukraine targets. He said it is “clearly a military escalation”, which the UK claims has been on-going since the downing of the MH17 plane.