Iran confirms arrest of Washington post reporter and 3 others 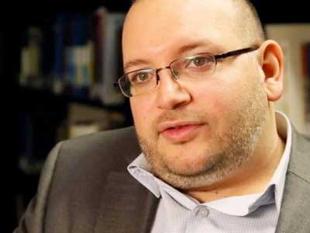 “We are now in the investigation phase. I think we will be able to provide more information after technical investigation and questioning,” Esmaili said, without saying why the couple had been arrested.

The Washington Post said on Thursday Rezaian appeared to have been detained in Iran with his wife Yeganeh Salehi and two freelance photojournalists.

Rezaian, 38, has been the Post correspondent in Tehran since 2012 and holds both American and Iranian citizenship, according to the newspaper.

His wife is an Iranian who has applied for US permanent residency and works as a correspondent for a newspaper based in the United Arab Emirates, the Post said.

“We are deeply troubled by this news and are concerned for the welfare of Jason, Yeganeh and two others said to have been detained with them,” Post foreign editor Douglas Jehl was quoted in the daily as saying.

Esmaili was quoted by IRNA as saying: “The security forces have the whole country under surveillance and control the activities of enemies.”

“They will not permit our country to become a land where our enemies and their agents carry out their activities.”

Iran and the United States broke off diplomatic relations in the aftermath of the 1979 Islamic revolution, but have held increasingly frequent talks as they work on an agreement to address international concerns over Tehran’s nuclear programme.

US State Department deputy spokeswoman Marie Harf said officials were “aware of reports that three US citizens recently have been detained in Iran”.

“We are not able to comment further at this time due to privacy considerations,” she said. “Our highest priority is the safety and welfare of US citizens abroad.”

The New York-based Committee to Protect Journalists said it was “alarmed” by the news about the Post reporter, saying it was the latest in a series of journalist detentions in Iran.