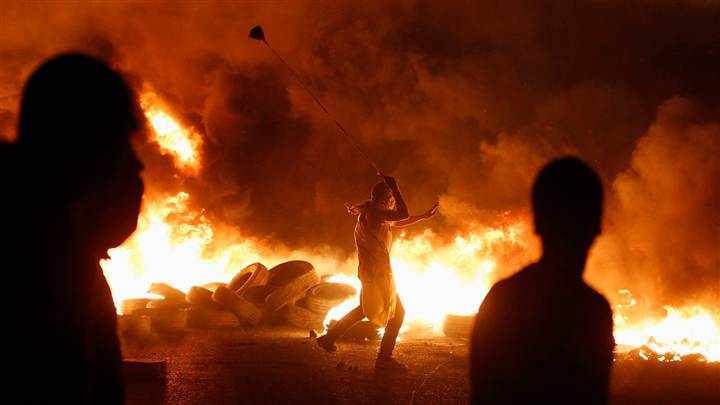 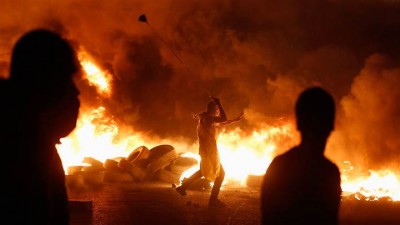 EAST JERUSALEM, Israel – Thousands of Israeli security forces were deployed around Jerusalem’s Old City on Friday as Palestinian leaders called for a “day of rage” after the biggest protests in years shook the West Bank overnight.

Further demonstrations were planned at mosques after Friday prayers as a sign of solidarity with Palestinians in the Gaza Strip, where Israeli strikes have killed more than 800 since July 8. It was the first time in almost a decade that the Palestinian Authority gave permission for such a march, making a dramatic shift in relations between President Mahmoud Abbas’s government and Israel.

Israeli forces were put on high alert. The entrance to the Temple Mount and al-Aqsa mosque in Jerusalem — which have been flash points in the past — were being restricted to women, and men aged 50 and over.

Overnight, Israeli soldiers shot and killed a Palestinian protester and wounded about 200 in the occupied West Bank, Palestinian medical officials said, as an estimated 10,000 demonstrated against Israel’s offensive in Gaza. Israel Radio reported that the demonstrations appeared to be the largest since the end of a 2000-2005 Palestinian uprising, known as the Second Intifada.

Violence also was reported in Tulkarm, el-Khader in the Etzion Bloc region and near Rachel’s Tomb, south of Jerusalem. Earlier this week, Israeli troops killed two other Palestinians in smaller confrontations in the West Bank, territory captured with Gaza in a 1967 war.

Speaking to Israeli news site YNET early Friday, Internal Defense Minister Yitzhak Aharonovich warned protesters that violence would not be tolerated. “Whoever tries to harm or take the law into his hands will be in danger of a very strong response from the police and security forces,” he said. “We won’t allow for riots.”

Israel’s Security Cabinet was due to meet Friday to discuss international cease-fire efforts, but also the option of expanding its eight-day-old ground operation in Gaza, a defense official told The Associated Press. He spoke on condition of anonymity because the deliberations were taking place behind closed doors. The office of Israeli Prime Minister Benjamin Netanyahu had no immediate comment.

On Thursday, U.N. Secretary-General Ban Ki-Moon made an impassioned plea for Israel and Hamas to end their conflict and condemned the shelling of a U.N.-run school in the Gaza Strip that killed 15 civilians.

Meanwhile, the World Health Organization called for a humanitarian corridor to be set up in Gaza to allow aid workers to evacuate the wounded and bring in life-saving medicines.