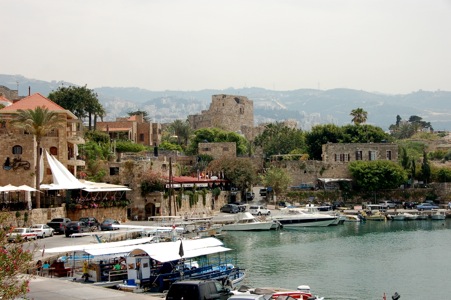 Dateline, Beirut. Well, sort of. I’m actually just back from two weeks in what should be the tourism capital of the Mediterranean. A luminous gem, Lebanon lies in the eye of a hurricane, calm for the moment but never far from trouble. The story of how a country of 4 million citizens comprising 18 officially recognized religious groupings have managed to recover from 15 years of civil war is an inspiring one. But when such a nation is deluged by a million hungry, frightened refugees, one has to wonder how long it will be before something gives way.

The complexity of Lebanon’s political situation boggles the Western mind. While there, I had the opportunity to interview and learn from two Lebanese government officials, Member of Parliament Ghassan Moukheiber and Minister of Economy and Trade Dr. Alain Hakim. (You can listen to their interviews on RealClear Radio Hour here.)

Lebanon is a land with a long and deep history whose people have accumulated more experience dealing with invaders than perhaps any other. We spent a night in Byblos, a city first settled circa 8000 B.C. that vies with Damascus and Cairo for the claim of being the oldest continuously occupied city in the world. The Canaanites, Phoenicians, Hellenes, Romans, Byzantines, Crusaders, Ottomans, and French have all left their mark there, in layers of ruins exposed by archeologists for all to see.

The civilizations that passed through left not just physical marks, but cultural and religious ones as well. The result is a complex mosaic society that today struggles to operate the only secular democracy in the Arab world. Ghassan Moukheiber probably put it best when he said, “When you think that you understand Lebanon this means that it was very badly explained to you.”

The modern Lebanese state is what Moukheiber calls a Consociative Democracy. It is based on a complex set of power sharing arrangements that allow its constituent minority groups, none of which hold an absolute majority, to work together without fear of oppression. The four main religious groups – the Christians, Sunni, Shia, and Druze – are themselves divided into multiple factions whose agendas don’t always align. They sit in fragile equipoise supported by a proportional representation system that could be easily thrown out of whack by any influx from neighboring countries.

Which brings us to the Palestinians – almost half a million essentially stateless people residing in Lebanon, most in camps, kicked out of Jordan when Yasser Arafat fomented and lost the Black September civil war. They and their descendants have been stuck in no-man’s land for over forty years with no rights of citizenship, no right to own land, and limited legal employment opportunities. Smoldering cauldrons of resentment, the refugee camps are fertile recruiting grounds for terrorists. In fact, the Palestinians provided a flash point that set off the Lebanese civil war in the first place.

To make matters worse, Lebanon is surrounded by hostile neighbors who have a habit of invading and occupying – Syria to the East and Israel to the south. The last time the Syrians occupied Lebanon they stayed for almost 30 years, leaving in 2005 as a result of the backlash from the assassination of former Lebanese Prime Minister Rafik Hariri in a bombing allegedly masterminded by Syrian agents.

This was followed shortly thereafter by an Israeli invasion and its most recent occupation of Southern Lebanon, sparked by the 2006 Israel–Hezbollah War. This occupation didn’t last as long as the last, but the destruction was extensive. And it left behind an emboldened private army, Hezbollah, funded by Iran and now deeply involved in the Syrian civil war.

As a result of that war, over a million Syrian refugees have flooded into Lebanon seeking refuge from a widening Sunni-Shia conflict that has already claimed over 100,000 lives, living largely on alms provided by the Lebanese government and private charities and spread out across the entire country. Now many Lebanese are asking: How long will they stay? Are these displaced Syrians the next permanent class of stateless refugees?

Dr. Hakim laments his compatriots’ complacency before this latest refugee crisis. “This was the same reaction we had back in the ‘60s and ‘70s with the Palestinians. In my opinion, we should react immediately.”

One has to wonder whether a country that has exported doctors, lawyers, scientists, engineers, businessmen, entrepreneurs, and scholars to almost every other country in the world has the human capital to sort out its affairs. Perhaps Ghassan Moukheiber said it best, relating a saying he learned from his elderly uncle who migrated to the U.S. “A Lebanese is worth a hundred Americans. But a hundred Lebanese are worth nothing.”

Yet, Moukheiber still believes that Lebanon can be a beacon of hope for the Middle East. “Democracy is not only elections,” he says. “We need to rebuild citizenship in Lebanon, first through respect for fundamental freedoms and human rights and second through the secular state. The major challenge in Lebanon and in the region is secularism vs. theocracy. That is the first divide.”

I wish him and Lebanon success. The stakes couldn’t be higher as violence escalates in the region and Iran races toward the Bomb.