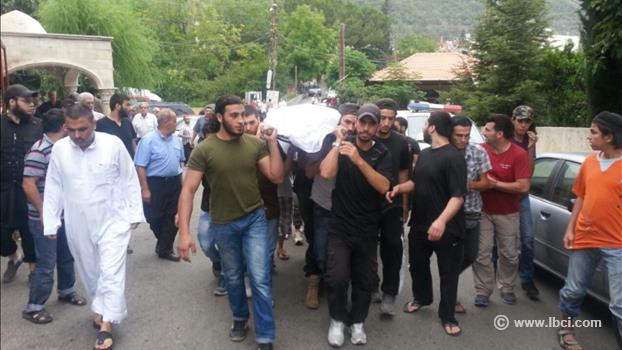 Monzer Khaldoun Al-Hassan who was accused last month of providing the Duroy Hotel bombers with suicide vests and explosives was buried today in his hometown of Bizbina in the Akkar province of north Lebanon.

He was killed on Sunday during a raid by The Lebanese Internal Security Forces (ISF) , Intelligence branch.

His funeral which was held under very heavy security was boycotted by Bizbina residents, elders and clerics , according to media reports.

Al-Hassan is a dual citizen .He holds a swedish passport in addition to his Lebanese , NNA reported

According to LBC ISF raided al Hassan’s residence in Tripoli after he threatened to commit a suicide bombing and blow himself up . According to LBC Al Hassan fought back ISF during the raid but was eventually killed around 1:00 am Sunday.

Media reports indicated that the two Saudi nationals behind the Duroy Hotel bombing wanted to target Asaha Restaurant which is located on Imam Khomaini road in Dahieh near the Rasoul Azam Mosque.