Carlos Slim : We should be working only 3 days a week 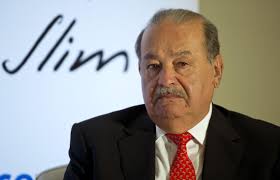 Lebanese -Mexican tycoon Carlos Slim Helu
Share:
slim
We’ve got it all wrong, says Carlos Slim, the Mexican telecoms tycoon and world’s second-richest man: we should be working only three days a week.

Attending a business conference in Paraguay, Mr Slim said it was time for a “radical overhaul” of people’s working lives. Instead of being able to retire at 50 or 60, he says, we should work until we are older – but take more time off as we do so.

“People are going to have to work for more years, until they are 70 or 75, and just work three days a week – perhaps 11 hours a day,” he told the conference, according to Paraguay.com news agency.

“With three work days a week, we would have more time to relax; for quality of life. Having four days [off] would be very important to generate new entertainment activities and other ways of being occupied.”

The 74-year-old self-made magnate believes that such a move would generate a healthier and more productive labour force, while tackling financial challenges linked to longevity.

He is putting his money where his mouth is. In his Telmex fixed-line phone company in Mexico, where workers on a collective labour contract who joined the company in their late teens are eligible to retire before they are 50, he has instituted a voluntary scheme allowing such workers to keep working, on full pay, but for only four days a week.

Mr Slim stunned the Mexican business world this month with plans to break up his América Móvil empire, selling about a fifth of its assets, in order to avoid regulatory sanctions. His companies dominate 80 per cent of the fixed-line and 70 per cent of the mobile markets in Mexico – above a new 50 per cent threshold.

The magnate is a keen strategist and philanthropist, who has often said what he likes to do best is to think. He has cultivated interests outside the corporate world: his passion for Rodin sculpture and art collecting is evident in the Soumaya museum in Mexico City dedicated to his late wife.

Another of his deep-held beliefs is that education should be rethought. He told the conference in Paraguay that it should “not be boring, but should be fun” and should teach people “not to memorise but to reason; not to domesticate but to train”. He also called for more vocational training.

Mr Slim, meanwhile, appears to have no plans to retire.

“Look at who he respects: the [Mexican] banker Manuel Espinosa Yglesias was something of a mentor, and he was still working in his late 80s,” said Andrew Paxman, a British historian who is writing a book about Mr Slim.