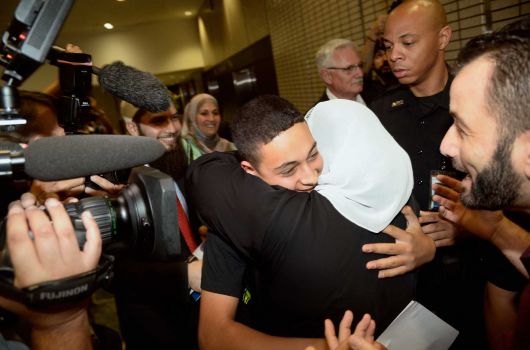 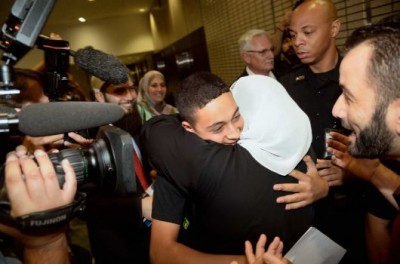 The Palestinian-American teenager who relatives say was beaten by Israeli authorities has returned home to Florida and says he will never think of freedom in the same way again.

Tariq Abu Khdeir, 15, and his mother flew back to Tampa late Wednesday on a flight arriving from New York and were greeted by about 50 cheering supporters waving American and Palestinian flags. The Khdeirs had flown out of Israel earlier in the day.

“I am only 15 but I will never think of freedom the same as I did two months ago,” Tariq said upon arrival at Tampa International Airport. “No child, whether they are Palestinian or Israeli, deserves to die.”

The teenager said the thoughts and prayers of the supporters had helped him, adding “I got through these past two weeks because I knew you were all thinking of me.”

Now, he said, he just wanted some relaxation and time with friends. “It feels so good to be back in Tampa. Can I even put it in words? I can’t wait to go back to play with my friends and go fishing,” he added.

Hassan Shibly, the teen’s attorney and the executive director of the Florida chapter of the Council on American-Islamic Relations, said Monday that Tariq suffered head trauma and had to receive stitches on his face when beaten two weeks ago as he was arrested during a protest. Supporters say Tariq’s beating was videotaped. The Israeli justice ministry has said an investigation has been opened into the footage.