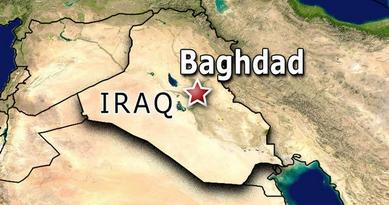 They said militants in 50 to 60 vehicles stormed the town of Dhuluiya, about 70km (45 miles) north of Baghdad early this morning, taking the mayor’s office and municipal council building and fighting to take control of the police station.

Insurgents led by the al-Qaeda offshoot Islamic State of Iraq and the Levant (Isis) seized swathes of Iraq’s northern and western Sunni Muslim provinces in a two-day offensive last month.

They were pushed back at Dhuluiya on June 14th by soldiers loyal to Prime Minister Nuri al-Maliki’s Shia-led government backed by fighters from the Shia Asaib Ahl al-Haq militia, but fighting has continued and they have taken other towns.

The police and witnesses said local police and tribes were battling the militants in Dhuluiya today. They said four policemen were killed in the fighting, as well as two militants and two civilians.

Insurgents also bombed a bridge linking Dhuluiya to the nearby Shia town of Balad to the west, they said.

Yesterday, gunmen killed at least 33 people, including 29 women, in a raid on two buildings in a housing complex in Baghdad. The gunmen showed up in four-wheel drive vehicles before storming the buildings in the Zayounah neighbourhood in eastern Baghdad, officials said. At least 18 people were wounded.

Iraqi parliamentarians are preparing to meet on to try to make progress on agreeing a new prime minister, president and parliamentary speaker, three months after a parliamentary election. The main Sunni bloc announced late on Saturday they would nominate their candidate for speaker in today’s session.

Iraq’s political elite are under pressure from the United States, the United Nations and Iraq’s own Shia clerics to reach agreement so politicans can deal with the insurgency and prevent the country fragmenting on sectarian and ethnic lines.

Few doubt an inclusive government is needed to hold Iraq together, but there is no consensus on who should lead it.

Mr Maliki’s opponents accuse him of ruling for the Shia majority at the expense of Sunni and Kurdish minorities, and want him to step aside, but he shows no sign of quitting. His State of Law coalition is the biggest group in the Shia National Alliance grouping.