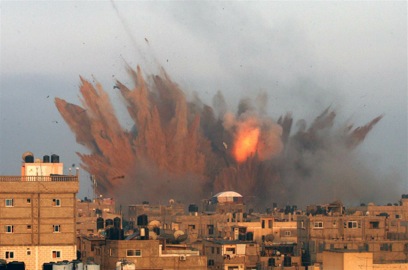 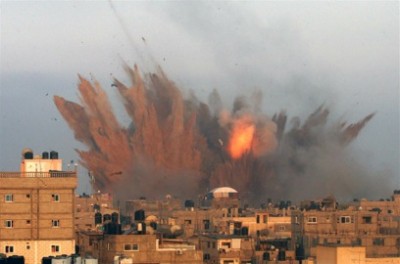 The US is prepared to broker a ceasefire between Israel and Palestinian militants in Gaza, President Barack Obama has said.

His comments came in a phone call with Israeli PM Benjamin Netanyahu.

More than 90 Gazans have died since Tuesday, Palestinian officials say.

About half of those killed are civilians, the health ministry has said, with some 600 people – mainly civilians – injured.

Israel says “dozens of terrorists” are among the dead.

Israel says militants have fired close to 500 rockets from Gaza since it launched its Operation Protective Edge early on Tuesday. It says many of the rockets have been intercepted by its Iron Dome anti-missile system – and that it has attacked about 780 targets over the same period.

There have been no reports of fatalities in Israel.

One person was seriously injured when a rocket hit a petrol station in the southern town of Ashdod on Friday morning, reports say.

The Lebanese military has confirmed that militants in the south of the country fired three rockets into northern Israel in the early hours of Friday and that Israel had shelled the area in response. No injuries were reported.

In Gaza, an Israeli air strike on a house in the southern town of Rafah overnight killed at least three people, Palestinian sources said.

In his telephone call with Mr Netanyahu, Barack Obama said: “The United States remains prepared to facilitate a cessation of hostilities, including a return to the November 2012 ceasefire agreement,” according to a White House statement.

The president also strongly condemned rocket fire by Hamas, “expressed concern about the risk of further escalation and emphasised the need for all sides to do everything they can to protect the lives of civilians and restore calm”.

Mr Netanyahu said after a meeting with top security officials that Hamas militants had been hit hard in Gaza.

He gave no indication of when or whether ground troops would be committed to the campaign, Israel’s Jerusalem Post newspaper reports.

The BBC’s Kevin Connolly in Jerusalem says a ground invasion would be a big political gamble as the military would have to deliver a clear victory before leaving, and that would be extremely difficult.

Israel says its targets in Gaza have been militant fighters and facilities, but the Palestinian health ministry says many of those who have died were women and children.

On Friday, a statement from Egypt’s foreign ministry condemned Israel’s “excessive and unnecessary use of military force leading to the death of innocent civilians”.

Egypt helped broker a ceasefire between Israel and Hamas after a conflict in 2012.