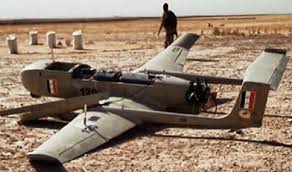 An Iranian pilot has been killed while fighting in Iraq, in what is thought to be the first military casualty that Tehran officially acknowledged during battles against Sunni fighters led by the Islamic State group.

Iran’s official IRNA news agency said on Saturday that Colonel Shoja’at Alamdari Mourjani was killed while “defending” the Shia Muslim holy sites in the city of Samarra, north of Baghdad.

Al Jazeera’s Imran Khan, reporting from Baghdad, said there were no reports of a plane being shot down in Iraq and the pilot probably died while fighting on the ground.

The death comes after Iran’s declaration that it will provide its next-door neighbour with whatever it needs to counter the Sunni armed fighters who are laying siege to the Shia-led government of Nouri al-Maliki.

Samarra is home to the Shia Al-Askari shrine, which the Islamic State has vowed to destroy. It was bombed by al-Qaeda in February 2006, sparking a Sunni-Shia sectarian war that killed tens of thousands.

The reports of the pilot’s death came as Iranian officials insist their assistance is not in the form of troops, but rather of weapons and equipment if Iraq asks for them.

Funeral of Alamdari Mvrjany
Funeral of Iranian pilot Colonel Shoja’at Alamdari Mourjani was killed while “defending” the Shia Muslim holy sites in the city of Samarra, north of Baghdad.
Iranian President Hassan Rouhani vowed last month that Iran, which is predominantly Shia, would protect Shia holy sites in Iraq, including in Samarra.

Our correspondent said that Iran has been keeping its role in fighting Sunni rebels in Iraq a “secret” because they are “very worried” about escalation of the conflict.

But the protection of the Shia shrines “is absolutely key” to Iran’s interest in Iraq.

Earlier in the week, the Iraqi defence ministry said it had taken delivery of five Sukhoi Su-25 warplanes and released video footage of them being unloaded from a cargo plane.

The London-based International Institute for Strategic Studies said the jets came from Iran.

Reports of the Iranian pilot’s death also comes as Sunni fighters claimed to have demolished Shia shrines and mosques in northern Iraq.