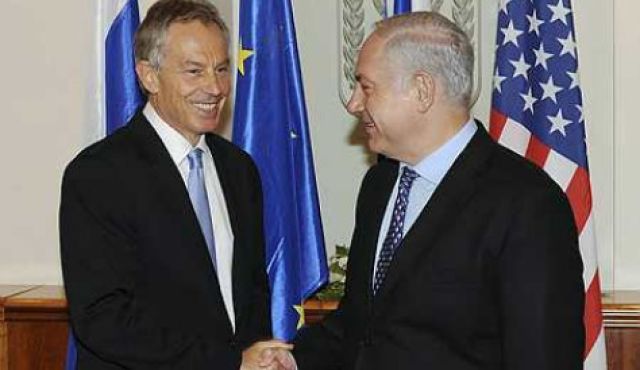 While welcoming the resignation of US diplomat Martin Indyk from his post as chief negotiator of the failed Israeli Palestinian peace negotiation, Progressive Socialist Party leader MP Walid Jumblatt called on former British Prime Minister Tony Blair to resign from his post as representative of the Middle East Quartet

The Middle East Quartet is a four nation body involved in mediating the Israeli-Palestinian peace process.

In his weekly article in PSP’s al Anbaa Jumblatt wrote:

“How great it would be if Tony Blair, the wholesaler of all, was dismissed from the leadership of the Middle East Quartet.”

“We [can] see [that] his mercantile touches [are] creeping in through his primary mission at the expense of [the group.]” He added.

Jumblatt’s comments come 6 days after a group of former British ambassadors joined a campaign calling for Blair to be removed from his role as Middle East envoy after his recent attempt to “absolve himself” of responsibility for the crisis in Iraq.

The letter, organised by the makers of George Galloway’s film The Killing of Tony Blair, says the 2003 invasion of Iraq was to blame for the rise of “fundamentalist terrorism in a land where none existed previously”.

Other former diplomats to sign the letter are Oliver Miles, who was ambassador to Libya when diplomatic relations were severed in 1984 after the killing of WPC Yvonne Fletcher, and Christopher Long, ambassador to Egypt between 1992-95. 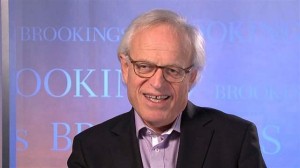 Commenting  on Indyk’s resignation Jumblatt wrote:
“So he has finally resigned.” He added:

“In theory Indyk was the man of the historic mission to achieve compromise and realize peace between the Palestinians and the Israelis, but in reality he was only a man of discussions for the sake of discussions only .”

“The mission of Indyk and his predecessor [Dennis] Ross achieved nothing but swift failure. How couldn’t this happen when the fundamental principle of both [men] was equality between the occupied and the occupier?” He stressed.

Dennis Ross is an American diplomat and author who has held important positions connected to the Middle East since the early nineties.

Dennis B. Ross is an American diplomat and author, who has served as the Director of Policy Planning in the State Department under President George H. W. Bush, the special Middle East coordinator under President Bill Clinton and as a special adviser for the Persian Gulf and Southwest Asia (which includes Iran) to the former Secretary of State Hillary Clinton.

Ross was criticized by people on both sides of the conflict. Former Palestinian Foreign Minister Nabil Shaath described him as being more “pro-Israeli than the Israelis.” Some conservative Israelis branded him “self-hating” — each questioning his ability to be unbiased, though Palestinians involved in the negotiation process would insist that his perceived lack of objectivity had little to do with his religion. Ross, who embraced the Jewish faith after being raised in a nonreligious home by a Jewish mother and Catholic stepfather, has been accused of being too close to the American Jewish community and Israel to be an honest broker with Iran or Arabs.