Iraqi parties seeking talks that could lead to ousting Maliki 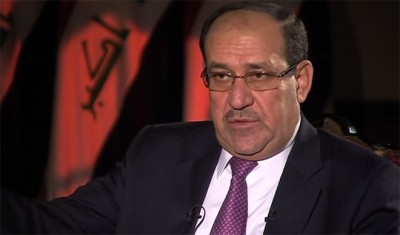 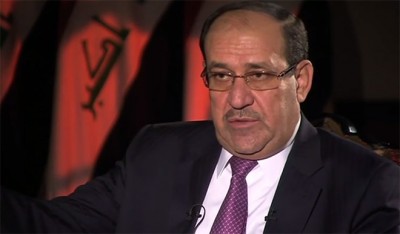 Major powers are pushing for a new inclusive government, rather than one pursuing Shi’ite sectarian domination, to be formed fast to counter the insurrection that has spilled across the border with Syria and could menace the wider Middle East.

In a striking political intervention on Friday that could signal the demise of Maliki’s eight-year tenure, influential Grand Ayatollah Ali Sistani urged political blocs to agree on the next premier, parliament speaker and president before a newly elected legislature meets in Baghdad on Tuesday.

“The next 72 hours are very important to come up with an agreement…, to push the political process forward,” said a lawmaker and ex-government official from the National Alliance, which groups all Shi’ite Muslim parties.

The lawmaker, who asked for anonymity due to political sensitivities, said he expected internal meetings of the various parties and a broader session of the National Alliance including Maliki’s State of Law list to be held through the weekend. Some Sunni Muslim parties were to convene later on Saturday.

Sistani’s entry into the fray will make it hard for Maliki to stay on as caretaker leader as he has since a parliamentary election in April. That means he must either build a coalition to confirm himself in power for a third term or step aside.

Sistani’s message was delivered after a meeting of Shi’ite factions including the State of Law coalition failed to agree on a consensus candidate for prime minister.

The embattled Maliki accused his political foes of trying to prevent parliament from meeting on time and whipping up violence to interfere with the political process.

“They worked to postpone the elections… and now they are working to postpone the first session of the council of representatives… but if they are not able to pressure us to postpone, they will go for inciting security incidents inBaghdad,” he said during a televised meeting with commanders.

Since early June, ISIL militants have overrun most majority Sunni Muslim areas in the north and west of Iraq, capturing the biggest northern city Mosul and late dictator Saddam Hussein’s hometown of Tikrit.

ISIL aims to set up a medieval-style Islamic caliphate erasing regional borders and they deem all Shi’ites to be heretics deserving death. They have boasted of executing scores of Shi’ite government soldiers captured in Tikrit.

On Saturday, Iraqi troops were trying to advance on Tikrit from the direction of Samarra to the south that has become the military’s line in the sand against an ISIL charge southwards to within an hour’s drive of the capitalBaghdad.

U.S. President Barack Obama has ruled out sending ground forces back to Iraq, where they were for eight years after invading to oust Saddam, but has sent up to 300 advisers, mostly special forces, to help the government take on ISIL.

U.S. defense officials said on Friday that the Obama administration was flying armed aircraft over Iraq although these aimed to collect intelligence and ensure the safety of U.S. personnel on the ground rather than attack targets.

On Saturday, 11 people were injured when an explosion rocked a health ministry building in insurgent-heldMosul, a local health official said. City residents said the blast was caused by a drone strike but this could not be confirmed and a U.S. official dismissed this possibility.

Residents also reported overnight rocket fire into Mosul, whose fall to ISIL on June 10 launched the militants on a sweep across the north in which they also took border crossings with areas of civil war-racked Syria that they already controlled.

Under Iraq’s governing system put in place after Saddam’s overthrow, the prime minister has always been a Shi’ite, the largely ceremonial president a Kurd and the speaker of parliament a Sunni. Negotiations over the positions have often been drawn out: after the last election in 2010 it took nearly 10 months for Maliki to build a coalition to stay in office.

Divvying up the three posts in the four days before parliament meets, as sought by Sistani, would require leaders from each of Iraq’s three main ethnic and sectarian groups to commit to the political process and swiftly resolve their most pressing political problems, above all the fate of Maliki.

Allies of Maliki said Sistani’s call for a quick decision was not aimed at sidelining the premier but at putting pressure on all political parties not to drag out the process with typical infighting with Iraq facing disintegration. Even so, they acknowledged Sistani was not happy with Maliki’s policies.

“It is other groups telling Sistani they cannot accommodate Maliki for a third term. Sistani doesn’t want to get involved in who is the next prime minister, but there has to be progress,” said one official from Maliki’s State of Law list.

The roadmap is far from smooth. Kurds have yet to agree on a candidate for president and the Sunnis, long riven by intense rivalries and shaken by the loss of their cities to militants, are divided among themselves over the speaker’s post.

Maliki, whose State of Law coalition won the most seats in the April election, was positioning himself for a third term before the ISIL offensive began. His closest allies say he still aims to stay, but senior State of Law figures have said he could be replaced with a less polarising figure.

“It’s a card game and State of Law plays a poker game very well,” said the official from the premier’s alliance. “For the prime minister, it will go down to the wire.”

Sunnis accuse Maliki of excluding them from power and repressing their community, driving armed tribal groups to back the insurgency led by ISIL. The president of Iraq’s autonomous Kurdistan region has also said Maliki should go.

Iraq’s million-strong army, trained and outfitted by the United States at a cost of some $25 billion, largely disintegrated in the north in the face of ISIL’s offensive.

Thousands of Shi’ite volunteers have responded to an earlier call by Ayatollah Sistani for all Iraqis to rally behind the military to defeat the jihadist threat.