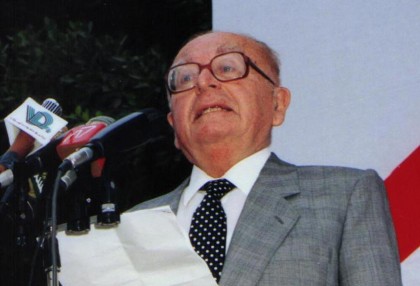 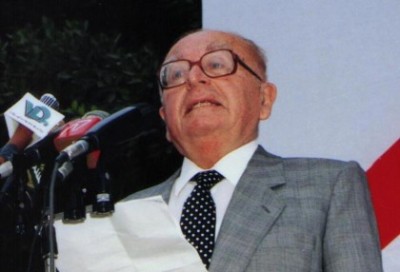 He was the fourth member of the Solh  family to become premier, after Riad al-Solh, Sami al-Solh, and Taqieddine al-Solh.

Solh , who developed a reputation as a champion of the working class resigned in May 1975 few weeks after the eruption of the Lebanese Civil War.

Al-Solh served as a Beirut MP in seven parliamentary terms, and was the Minister of Interior in his own cabinet in 1974.

His second term as Premier came in May 1992 following the resignation of ex-PM Omar Karami’s cabinet. Back then, late president Elias Hrawi asked him to form a cabinet that  secures holding the first parliamentary elections after the war. The infamous vote was then boycotted by the main Christian political parties in the country.

Al-Solh’s second term as Premier lasted for five months only.

The funeral will take place on Saturday afternoon at the Ouzai mosque in southern Beirut, and al-Solh will be laid to rest near the Imam al-Ouzai shrine in the region.

And condolences will be received before and after the funeral on Saturday at the former PM’s house in Ain al-Tineh, and on Sunday and Monday from 11:00 am to 6:00 pm at the Rafik Hariri Hall in al-Amin mosque in downtown Beirut.

The current Lebanese Prime Minister, Tammam Salam, said on Saturday that the death of Rashid Solh meant the absence of a statesman “who played an important political role” in different and decisive phases in the country’s history.
In this context, Salam issued a circular on Saturday  ordering on behalf of the government, three days of national mourning starting Saturday, June 28. The flags will fly at half-mast above state institutions. Radio and state television will also stop their regular shows.

“He served Lebanon with wisdom and a national sense that is a characteristic of the Solh family,” Hariri said in a statement.