China stakes its claims on Mars 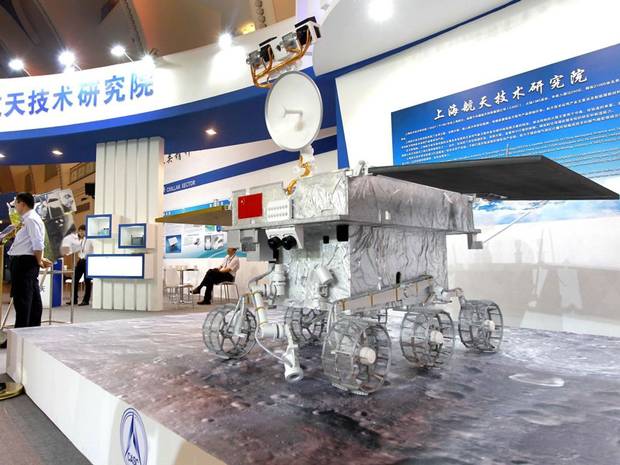 Sovereignty in outer space is always a tricky subject, but out of all the lifeless rocks in the solar system it’s safe to say that Mars is more American than most. It may not have a US flag crumpled in mid-wave on the surface, but every robot that’s ever crawled successfully on the planet’s surface has been made in the US. Not for much longer.

Last week China announced that it was planning send a rover to Mars by 2020 and bring back samples from the Red Planet just 10 years later. Ouyang Ziyuan, the Chinese scientist who oversaw the country’s successful Moon rover mission in December last year, said that this would be just the first step in the country’s plans to explore the solar system – with further plans involving sending probes to the Sun.

The US aerospace industry may be having something of a minor boom at the moment as private companies such as Elon Musk’s SpaceX celebrate engineering successes, but America still can’t match China’s budget nor its concentration of political will.

Scott Pace, a former Nasa administrator and director of the Space Policy Insitute at George Washington University, told The Independent that China’s plans were “ambitious but not impossible,” adding that despite their success on the Moon, Mars is “much, much more difficult to reach and operate on than the Moon”.

Of the seven rovers that have been sent to Mars only the four US missions have been successful. A pair of Soviet rovers sent in 1971 failed to stay in touch with Earth for longer than 20 seconds and in 2003 the Beagle 2’s ‘Planetary Undersurface Tool’ (only a ‘rover’ in the most generous of terms) failed to even make it to the surface.

Even Yutu, China’s Moon rover, named after the pet rabbit of Chang’e, the goddess of the Moon in Chinese mythology, has experienced “abnormalities” after failing to enter into the hibernation state necessary to survive the freezing temperatures of the lunar night. It shut down most of its functionality after just three months on the surface, with a fan-operated and state media-approved Weibo account sending out a last goodbye to its Chinese fans: “Good night, planet Earth. Good night, humanity.”

Ouyang, the chief scientist of the Chinese Lunar Exploration Programme and an advocate for the country’s exploration of Mars, says that the goal of a mission to the Red Planet would be to search for signs of life, past or present – a long-standing scientific trophy that Nasa’s Curiosity rover has been slowly trundling towards since it landed on the planet in August 2012.

The Chinese government had previously thought to head to Mars with the help of Russia, but abandoned the partnership following the 2012 crash of the Fobos-Grunt, a Russian spacecraft carrying a Chinese probe bound for Phobos – the larger of Mars’s two satellites. This severing of ties has looked increasingly wise this week as Russia cancelled the first flight of its Angara mission on Friday – the first orbit-capable rocket designed by the country since the dissolution of the Soviet Union.

Underlying all these announcements however is one of the greatest lures of space exploration: a manned mission to Mars. Nasa has currently pledged to land an astronaut on the red planet by 2035, while China’s last announcements set a date of between 2040 and 2060. However, a recent 286-page study by the US National Research Council warned that Nasa’s goals were impossible without the help of new international partners. China was suggested.

For the moment this looks more than unlikely, with Mr Pace commenting that from a US perspective, China’s “civil activities have not been a particular spur,” adding that he did not see “any prospects for human spaceflight cooperation until there is change in the political relationship.” Perhaps once the US and China have learned to share the red planet by robotic proxy they’ll both begin to take the prospect of joint manned mission more seriously.

Only today the US was due to attempt to launch a ‘flying saucer’ into Earth’s atmosphere to test technology that could be used to land on Mars.

After several delays due to weather, the attempt off the coast of the Hawaiian island of Kauai was due to test the disc-shaped vehicle and a giant parachute, using the Earth’s atmosphere due to its similarity to that of Mars.

Since the 1970s, NASA has used the same parachute design to slow landers and rovers as they streak through the thin Martian atmosphere.

With plans to send heavier spacecraft and eventually astronauts, the space agency needs a much stronger parachute.