Maliki counting on second-hand Russian jets to defeat the rebels 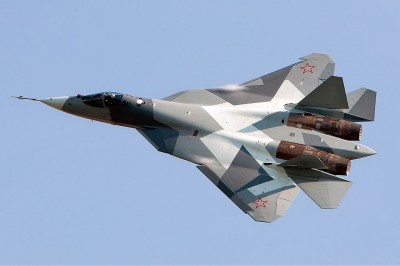 Iraq’s Prime Minister Nouri Maliki has told the BBC that he hopes jets from Russia and Belarus will turn the tide against rebels in the coming days.

“God willing within one week this force will be effective and will destroy the terrorists’ dens,” he said.

He said that the process of buying US jets had been “long-winded” and that the militants’ advance could have been avoided if air cover had been in place.

Isis and its Sunni Muslim allies seized large parts of Iraq this month.

Mr Maliki was speaking to the BBC’s Arabic service in his first interview for an international broadcaster since Isis – the Islamic State in Iraq and the Levant – began its major offensive.

“I’ll be frank and say that we were deluded when we signed the contract [with the US],” Mr Maliki said.

“We should have sought to buy other jet fighters like British, French and Russian to secure the air cover for our forces; if we had air cover we would have averted what had happened,” he went on.

He said Iraq was acquiring second-hand jet fighters from Russia and Belarus “that should arrive in Iraq in two or three days”.

The government has struggled to hold back the militants’ advance from the north and west.

The US, which backs the Iraqi government, has stressed that the militants can only be defeated by Iraq’s own forces.

Iraq has also been receiving support from Iran, with whom its Shia Muslim leaders have close links.

Mr Maliki also confirmed that Syrian forces had carried out air strikes against Islamist militants at a border crossing between Iraq and Syria.

He said Iraq had not requested the strikes but that it “welcomed” them.

“They carry out their strikes and we carry out ours and the final winners are our two countries,” he said.

Military and rebel sources say the strike took place inside Iraq, at the Qaim crossing, although Mr Maliki said it was carried out on the Syrian side.

Militant sources have been reporting for two days that Syrian jets hit the Iraqi side of Qaim, and also Rutba which is further inside Iraq.

The militants say 70 people were killed in the first attack and 20 in the second.

Fighting has been reported on Thursday, with Iraqi special forces flying into the university in the city of Tikrit and clashes ensuing.