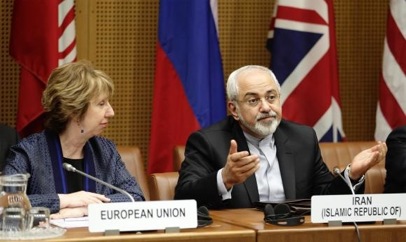 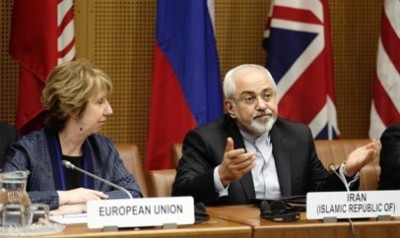 Senior diplomats from six world powers met in Brussels on Thursday to search for ways to resuscitate negotiations with Iran over its contested nuclear program, with less than four weeks left until a late-July deadline to strike an accord.

Western officials have said very little progress has been made after five rounds of talks since February towards striking a deal that could end years of hostility, and defuse the risk of a new war and a nuclear arms race in the Middle East.

Iran, for its part, accused the powers – the United States, Russia, China, France, Britain and Germany – after the latest round of talks ended on June 20 of making “excessive demands” and torpedoing chances of a historic deal.

In the coming weeks, the sides will have to decide how far they are willing to go, if at all, to compromise on major sticking points such as the extent of uranium enrichment capacity Iran would be allowed to keep under any deal and the future of its atomic sites.

For the six powers, the overarching goal is to extend the time Iran would need to assemble an atom bomb, if it chose to do so, and to achieve this, they want it to cut down the number of uranium centrifuges in operation.

Iran denies seeking nuclear weapons and wants to construct more of the machines, which spin at supersonic speed to increase the ratio of the fissile isotope in uranium, to meet its stated goal of energy production.

Both sides have said publicly their goal is to have a deal by July 20 and avoid a difficult extension of an interim accord which expires then and grants Iran modest relief from crippling economic sanctions in return for some curbs on its atomic work.

“The meeting affirmed the determination of the (six nations) to reach a comprehensive agreement by July 20,” EU foreign policy chief Catherine Ashton’s spokesman, Michael Mann, said in a statement.

Privately, Western diplomats say they would be willing to consider extending the interim deal and continuing talks beyond July 20 only if an agreement was clearly in sight.

Some say talks may be extended by a few days or weeks, but only if the sides need more time to iron out technical details of an otherwise clear deal. Even a full, six-month extension envisaged as a possibility under the interim agreement may be acceptable only if a deal is in sight, according to others.

A new round of talks starts on July 2 and will continue until at least July 15.

Other than Iran’s enrichment capacity, other issues that will need to be part of the final deal are the schedule of sanctions relief, the timeframe of the deal and the extent of monitoring in Iran by the United Nations’ nuclear watchdog.

Diplomats have said there is little clear agreement on any of the main issues but some have cited the length of a future deal – which can run for years – as one of those easier to solve.