A lebanese-Swede supplied the terrorists with explosives , report 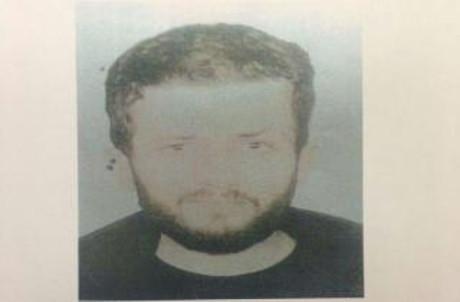 Media reports indicated that the two attackers wanted to target Asaha Restaurant which is located on Imam Khomaini road in Dahieh near the Rasoul Azam Mosque.

“Following the authorization of the relevant judicial authorities, the General Security circulated the picture of al-Monzer Khaldoun al-Hassan, who was born in 1990 in Akkar’s Bizbina to a mother who hails from (Syria’s) Aleppo,” National News Agency ( NNA) reported.

Al-Hassan is a dual citizen .He also holds a swedish passport in addition to his Lebanese , NNA added

Al-Hassan “is suspected of having provided the terror cell that was raided at the Duroy Hotel (in Raouche) with suicide vests and explosives,” NNA quoted the General Security agency as saying.

The report added that he drives two cars: An old beige Nissan, and a 2005 silver Mercedes and “both cars may be booby-trapped.”

LBCI television said the man was arrested based on the confessions of the Saudi would-be suicide bomber who survived Wednesday’s blast and who was captured by the General Security.

“The arrested would-be suicide bomber told interrogators that he and his companion had intended to target al-Saha Restaurant near the Great Prophet Mosque in Beirut’s southern suburbs,” LBCI reported.

The As Safir daily which is closely associated with Hezbollah reported that the attack was supposed to take place during peak time when customers would be watching one of the World Cup matches.

The security raid followed the arrest last Friday in a hotel in the nearby Hamra district of the capital of a Frenchman of Comoran origin on suspicion of plotting to carry out suicide bombings in Lebanon on behalf of the ISIL.

On Monday, a suicide bomber blew up a vehicle near an army checkpoint and a cafe just after midnight in the Tayyouneh area on Dahieh’s peripheries. The bombing killed one person and wounded 20.

Terror suspects charged
In another development the daily Star reported that Military Prosecutor Saqr Saqr Thursday charged 15 people with belonging to the Al-Qaeda-linked Abdullah Azzam Brigades, of planning to assassinate a security officer and receiving training in Syria, as well as working under Jund al-Sham in north Lebanon.

The judge charged them with “taking part in training in the Palestinian refugee camp of Ain al-Hilweh and Syria on how to prepare explosives and rig vehicles with explosives, planning to assassinate a General Security officer and preparing bombs to be detonated in Lebanese areas.”