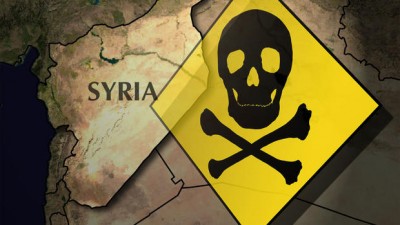 Syria’s last declared stockpiles of chemical weapons agents have been shipped to be destroyed, according to an international watchdog. But there are doubts that Syria will stop waging war using toxic chemicals.

The Hague-based Organization for the Prohibition of Chemical Weapons (OPCW) announced that the last batch of ingredients belonging to Syria’s government had left the war-stricken country on Monday. The news was welcomed by both the White House and the Kremlin.

“Removing the stockpile of precursor and other chemicals has been a fundamental condition in the program to eliminate Syria’s chemical weapons,” OPCW head Ahmet Uzumcu told journalists as he announced that a Danish ship carrying the final 8 percent of a 1,300-ton stockpile of declared chemicals, including mustard gas and ingredients for sarin nerve gas, had left the port of Latakia.

Syria’s Foreign Ministry confirmed the departure of the chemical cargo in a statement on Monday, calling it evidence that the country “adheres to its international commitments.”

The weapons ingredients will be destroyed in various locations, including at sea on the US vessel Cape Ray, as well as in commercial facilities in Finland, the UK, Germany and the United States.

“Never before has an entire arsenal of a category of weapons of mass destruction been removed from a country experiencing a state of internal armed conflict, and this has been accomplished within very demanding and tight timeframes,” Uzumcu said.

The weapons removal program began last autumn following Syria’s agreement to a deal put forward by Washington and Moscow to avoid threatened airstrikes against President Bashar al-Assad’s regime by the US in retaliation for a chemical attack on a rebel-held Damascus suburb in which more than 1,000 people were killed. Officials from Britain, France and the US have said Syria’s government was behind the attack; their counterparts in Damascus have blamed the rebels.

Not quite mission accomplished 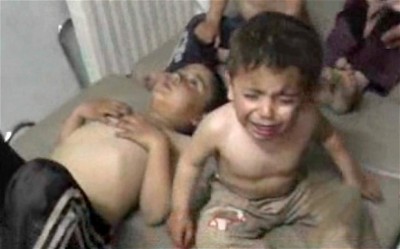 Syria’s government was supposed to hand over their chemical weapons agents in time for the international community to destroy them by the end of June, but it has been widely acknowledged that that deadline will not be met. Even with the last of the declared agents in international hands, it would take several weeks for them to be destroyed.

Uzumcu also acknowledged that it was possible that Syria still had chemical weapons it had not declared.

“I can’t say … that Syria doesn’t have any chemical weapons anymore,” he told reporters, adding that that was true of any country the OPCW cooperated with.

Joint OPCW-UN mission chief Sigrid Kaag said technical experts would continue to investigate “the completeness of Syria’s initial declaration to the OPCW,” but the most important thing was that the materials declared so far were out of the country – “out of harm’s way, and they can also no longer fall into the wrong hands.”

Concerns remain, however, that Syria is still using toxic chemicals as weapons of war. An OPCW fact-finding mission last week reported that chlorine gas had been used as a weapon in fighting between Assad’s forces and rebels.

Chlorine, a common household and industrial chemical, is not on the list of chemicals Syria had to declare for removal. But using any toxic material as a weapon is illegal under international law.