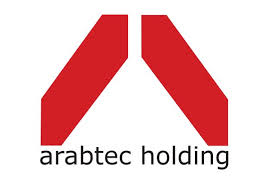 Dubai stocks slumped on Tuesday, extending recent losses, as margin selling triggered a wider selloff amid growing ownership concerns at one of its main construction companies.

The emirate’s stock market has been among the top risers globally since early 2013, buoyed by a rebounding economy on the back of strengthening trade and tourism and a sharp recovery in its property prices, which had crashed 50% in the wake of the global financial crisis.

Investor sentiment was further boosted by Dubai winning the rights late last year to host the World Expo in 2020, and the United Arab Emirates, of which it is a part, being promoted to emerging-market status by index compiler MSCI in May.

But shares listed on the Dubai bourse have fallen sharply since hitting a multiyear high early last month.

Not surprisingly, property stocks, which have led the Dubai market gains over the past year, topped the losers list as investors took profits off the table.

The selling on Tuesday, and this month, was exacerbated by margin calls, after Arabtec Holding, a heavyweight Dubai-based construction company, fell 9.8%, and has dropped more than 53% in June amid concerns about its ownership and business strategy.