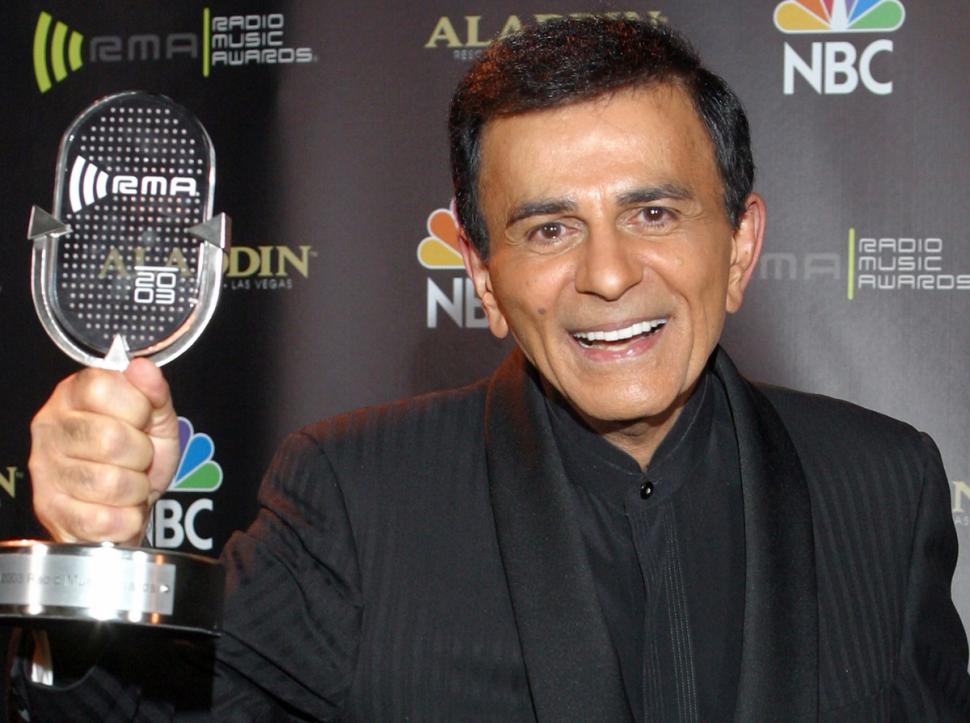 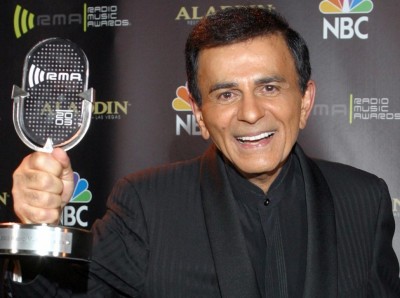 Progressive Socialist Party leader MP Walid Jumblatt will hold a memorial service on Saturday for the Lebanese American sentimental king of the music radio countdown and the television voice of Shaggy on “Scooby-Doo,”the late Casey Kasem .

Kasem was born Kemal Amin Kasem on April 27, 1932 in Detroit, Michigan, to Lebanese parents who hailed from Jumblatt’s home town of al-Mukhtara in the Shouf region of Mt Lebanon.

He had suffered from Lewy Body disease, a form of progressive dementia, for several years.

Kasem was remembered for his 40-plus years on the radio and setting the benchmark for contemporary countdown shows.

He would play the top 10, 20 or 40 songs, interspersed with upbeat patter and stories about the artists or records.

He regularly read listener dedications and never apologized for a sentimental style that often dipped into cornball. He ended each show by telling listeners, “Keep your feet on the ground and keep reaching for the stars.”

He had the tone of an enthusiastic conversationalist whose appreciation for the music transcended the traditionally teenage top-40 audience. “A lot of my fans,” he said in a 1998 interview, “are people who have grown up and don’t have as much time to listen to the radio, but still want to keep up with what’s popular. A lot of shows don’t talk to them anymore, but I do.”

“Casey was one in a trillion,” said Rob Durkee, author of the book “American Top 40.” “What made him so great was the way he talked to the listeners. When he told a story, you’d swear he was sitting right next to you. It takes years to understand how to do that, and no one did it like Casey.”

He did real-life acting on TV shows that included “Charlie’s Angels” and “Police Story.”

His friendly voice also made him a natural for commercials, and he could be heard on ads that included Ford, Chevy, Red Lobster, Oscar Mayer, Velveeta, Heinz Ketchup, Sears and Dairy Queen.

He did a series of infomercials for music compilation CDs.

Radio was his favorite medium, he said, because “it engages your imagination.”

As news of his death spread , sympathy poured in from the many fans Kasem had gained in his decades in the limelight.

Satellite radio station SiriusXM began running a marathon of Kasem’s old countdown shows on the program the “70s on 7” shortly after his death was announced.

“Casey Kasem was the undisputed king of weekly music countdown shows and we will miss him,” said Kid Kelly, vice president of music programming for SiriusXM. “He was a giant of radio for decades, becoming for listeners as notable as the music and artists he played.”

Kasem is survived by his second wife, Jean, and four children, Mike, Julie, Kerri and Liberty.

Kasseem was one of the country’s most prominent Arab Americans. He used his industry clout to draw attention to stereotyped portrayals of Arabs in movies and on television. He helped lead a successful effort to persuade Walt Disney executives to change song lyrics in the 1992 musical film “Aladdin” that called an Arab homeland “barbaric.”

Kasem campaigned against the Gulf War, advocating non-military means of pressuring Saddam Hussein into withdrawing from Kuwait. He also advocated on behalf of a range of humanitarian and liberal causes, including Palestinian independence, the homeless and animal rights and arranged conflict resolution workshops for Arab and Jewish Americans.

He quit the “Transformers” television series, he said, because he felt the portrayal of Arab characters was stereotypical and demeaning.

A longtime vegetarian, he refused several jobs that involved promoting meat and turned down commercial work for Kellogg’s because cereal is consumed with milk.

He was a progressive political activist who maintained a strict traditional code for music on “American Top 40.” When George Michael’s “I Want Your Sex” became a No. 1 record, he played it, but never spoke the title.