The business of terrorism… Iran, Al-Maliki, and Al-Assad 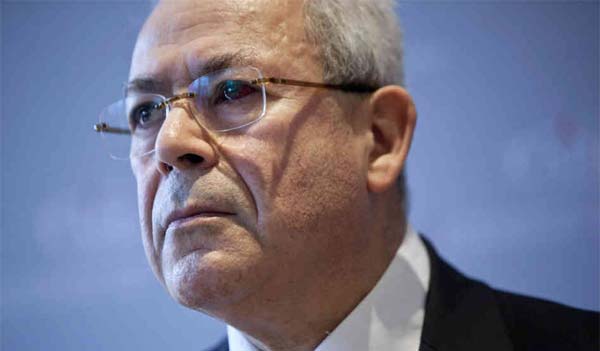 By: Dr. Burhan Ghalioun
As time passes and the military decline continues to affect the rebels in the western Iraqi provinces, it has become clear that what happened in Mosul and other north-western Iraqi cities has nothing to do with the individual and local attacks carried out by extremist organisations such as ISIS, but has taken the form of a large-scale revolution in Iraq. Various political forces and trends are participating in this revolution that ISIS was successful in reaching and working parallel to, and perhaps, at some points, anticipated.

This revolution is mainly directed against the policy of the Iraqi Prime Minister Nouri Al-Maliki, which is based on the rejection of national dialogue and forceful imposition of a fait accompli. It came about after the overthrow of Saddam Hussein’s regime and division of Iraq along sectarian and ethnic lines. Al Maliki has dealt with some of his countrymen as winners and others as losers; giving the defeated two options: submission or death.

As was the case in Syria over the past three years, Nouri Al-Maliki, who is primarily responsible for aborting the process of Iraq’s political and national reconstruction, is insisting on clinging to power and considering the rebels in Anbar and north-western Iraq as terrorists, comparing them to ISIS, despite the fact that many of these groups’ leaders have announced their rejection of ISIS’ ideas and condemned their actions. Just as in Syria, the aim is to tarnish the image of the Iraqi revolution before turning on it at a later stage and stabbing it in the back. 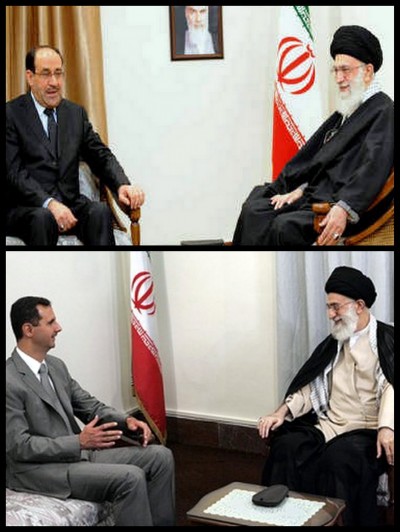 In reality, Al-Maliki is not doing this. Instead he is portraying ISIS as a powerful organisation in an attempt to justify his escape from reviewing his policies and positively responding to the demands of the popular revolution. He is repeating Bashar Al-Assad’s actions in order to justify his genocidal war against his own people and to cover up his recourse to foreign militias, more of whom are from the Iranian Revolutionary Guards, the de facto rulers in Tehran. This is also occurring now in Iraq in order to justify allowing the intervention of the Revolutionary Guards and to cover-up the sectarian strife spreading across Iraq. He is also attempting to appeal to Western countries to support the government that is intensifying the strife and fragmentation of Iraq; dividing the people; and spreading sedition amongst them. However, there are very few today who believe that Iraq can be rescued or survive.

The regimes in Tehran and Syria have excelled the most in the business of terrorism, and now Al-Maliki has joined the sectarian race. The terrorism trade works in three ways, first, threatening the direction of terrorism against one opponent or another, which calls for the formation of terrorist groups or infiltrating existing groups and supporting them in order to use them at the right moment for extortion, threat or deterrence. The second way is by trading in the combat of terrorism or participating in controlling it in order to gain the favour of major countries that have made the war against terrorism a major global political issue for decades, and it is the only war that the West agrees to participate in today.

The third way is by claiming to fall victim to terrorism in order to extort foreign sympathy and gain some of the benefits from the global war on terrorism. For the most part, those who play with terrorism are the same ones who broker its violence and complain about falling into its clutches.

Holding on to the monster of terrorism and being ready to release it at any moment, or claiming to combat the monster in order to justify exceptional repressive policies and the declaration of a state of emergency, or even threatening to release the monster in order to make a deal or escape punishment has always been a popular tactic used by several totalitarian and fascist regimes that do not recognise human rights, do not accept their standards, and want to get rid of human rights demands. This policy was also used by the two Assad regimes, father and son, over the past decades. It creates and trains terrorists and organises them in the region in order to task themselves with controlling or combating them to ensure their regime has a strong justification to remain in power, no matter what atrocities they commit in the country. In the eyes of the major countries, they are justified and they draw their international legitimacy from them in order to compensate for the lack of internal legitimacy.

This has been and still is the source of power behind the elder Assad regime and the tool used to blackmail the surrounding countries and the entire world. Convincing the West of this theory was its source of power and support and persuading the West of the regime’s effectiveness in combatting terrorism is still the only option left to Bashar Al Assad’s regime to regain some international support and escape from his miserable decline after waging a genocidal war against his own people. To this end, he realised, only two days ago, for the first time in the past three years, that bombing ISIS’ sites on the Syrian-Iraqi border may be useful in order to lure American offers to stop hostility toward him and re-enlist him in the open war against terrorism in the region.

This is also exactly what Tehran dreams of in order to overcome their deep differences with their American adversary and in order to open a window of opportunity and positive cooperation that will facilitate the achievement of its other goals in negotiations with the west. They rightly believe that those who deserve the right to participate in the war on terror, which is their only hope to return to the international community and escape their continued isolation, are those who are professionals in terrorism and are at least in control of part of its tools and methods.

Iran’s Revolutionary Guard, which hasn’t hidden its desire to impose its dominance over the region and ensure its role in arranging its own affairs and restructuring the country according to its interests and beliefs hasn’t hesitated in getting in on this successful trade after the sabotage and chaos it caused in surrounding countries in order to impose itself as the first partner to preserve the “security” and stability of the region, along with the United States and the West. Due to the absence of real protectors, we find ourselves face-to-face with the age-old truth: Its thieves are its protectors.

Dr. Burhan Ghalioun, is a French Syrian professor of sociology at the Université de Paris III Sorbonne University in Paris, and the first chairman of the Syrian opposition Transitional National Council. He was named chairman on 29 August 2011