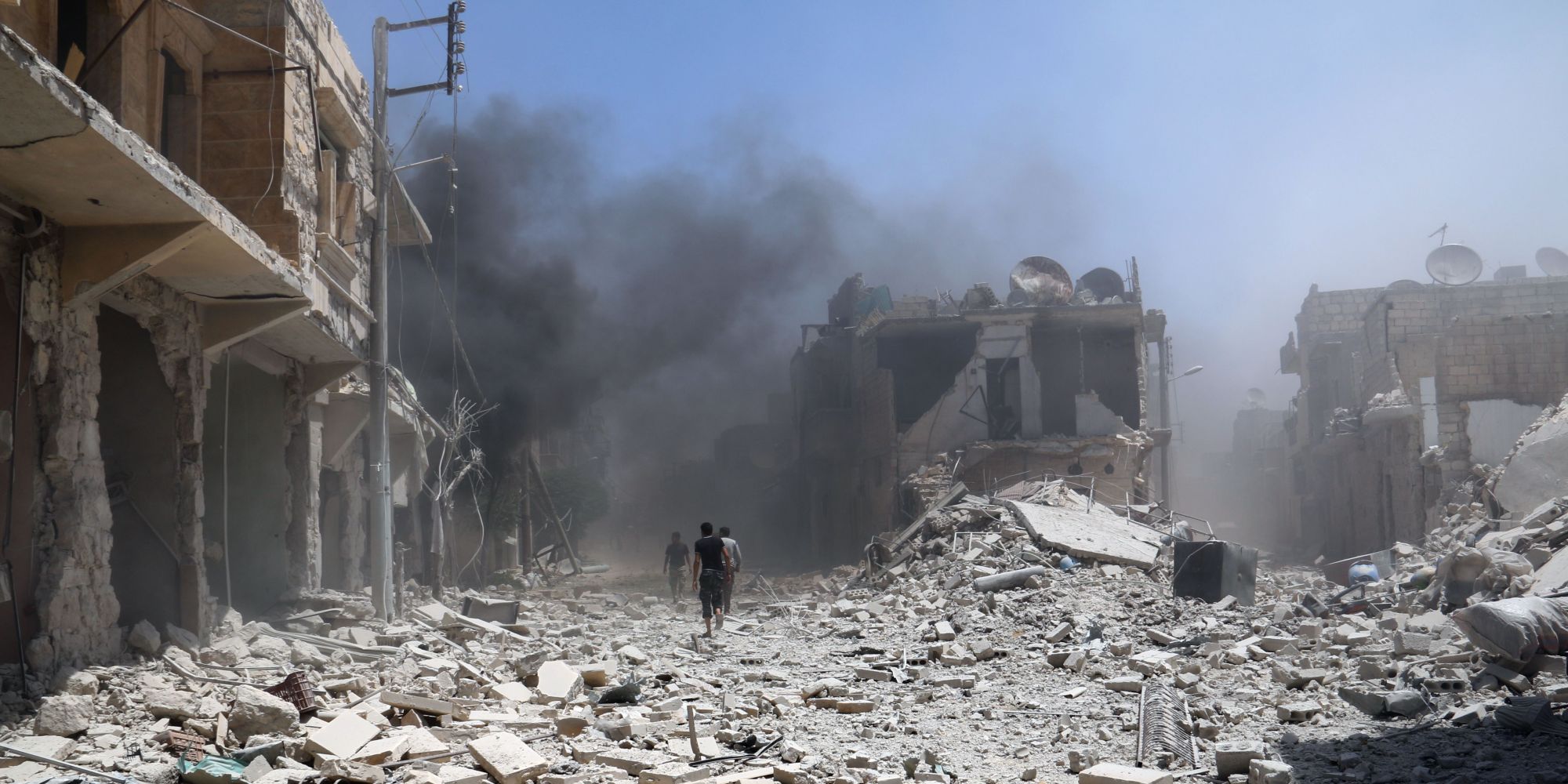 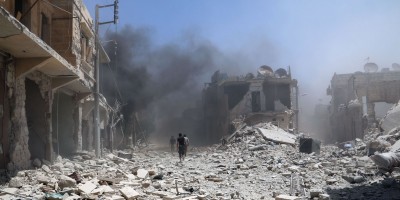 A powerful truck bomb exploded on Friday in a government-held village in central Syria, killing at least 34 civilians and wounding more than 50, the state-run news agency said.

SANA said the explosion went off in Horrah village in the countryside near the central city of Hama. It quoted an unnamed official in the Hama police command as saying that the truck was loaded with about three tons of explosives.

The attack “caused the destruction of a large number of houses and buildings in the village,” the report said. It did not immediately provide further information on the attack or say what the target was.

The Islamic Front, an umbrella for several rebel groups in Syria, claimed responsibility for the attack in a video posted online, which showed a night-time explosion that sent a ball of fire into the sky.

The Britain-based Syrian Observatory for Human Rights, which documents the violence in Syria through an extensive network of activists on the ground, said at least 37 people were killed and more than 40 others wounded in the bombing. In a statement, it said the toll was likely to rise because many of the wounded were in critical condition.

Car bombs are common in Syria’s civil war, now in its fourth year. The conflict has killed more than 160,000 people, according to opposition activists. Nearly a third of those killed were civilians.

On Thursday evening, a car bomb exploded near a school in the pro-government Nazha district of the central city of Homs, killing three people and wounding nine, Syrian state media said.

The Syrian conflict started in March 2011 with Arab Spring-inspired protests against President Bashar Assad’s rule but escalated into a civil war after his forces launched a brutal crackdown on dissent.

The war has since taken on strong sectarian overtones, pitting a Sunni-led insurgency that includes Al Qaeda-inspired extremist groups against a government dominated by Assad’s minority Alawite sect, an offshoot of Shiite Islam.

Foreign fighters and Islamic extremists have taken on an increasingly prominent role among the rebels, dampening the West’s support for the uprising against Assad.

The militants frequently carry out bombings in government-controlled areas, including suicide operations, some of which have targeted military installations.

The Syrian conflict has unleashed a humanitarian catastrophe and displaced some nine million people, a third of the pre-war population. More than 2.5 million Syrians have taken refuge in neighboring countries, straining aid resources.

The United Nations refugee agency said Friday that the number of people forced from their homes worldwide has surged past 50 million for the first time since World War II. The massive increase was mainly driven by Syria’s war.