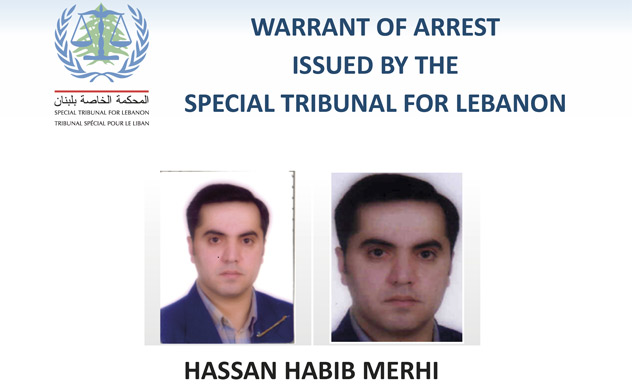 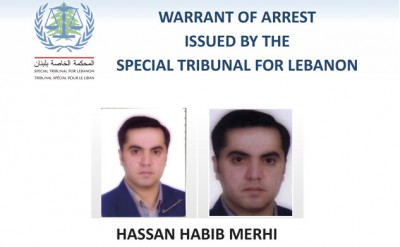 The Special Tribunal for Lebanon ( STL) Prosecutors declared that they identified one of the “key players” and leaders of the cell that assassinated former Lebanese Prime Minister Rafik Hariri, as the trial resumed Wednesday of the five members of Hezbollah accused of complicity in the February 14 , 2005 bombing that killed him and 21 others and plunged Lebanon into political turmoil.

Graham Cameron, a Senior prosecution counsel described Hassan Habib Merhi, the last Hezbollah suspect to have been indicted by the court, as one of the “key players” in the assassination team that plotted and executed Hariri’s assassination.

Cameron painted a picture of an intricate and finely tuned conspiracy that was so complex it needed a clear hierarchy and division of labor, with top Hezbollah operative Mustafa Badreddine the alleged apex of the plot.

The assassination “could only have been accomplished with very extensive, coordinated preparation and equally extensive attention to detail,” he said.

Merhi “played a significant and leading role” in what Cameron described as a “criminal team.”

Prosecutors accused Merhi of playing a key role in organizing the false claim of responsibility for the attack that killed the former prime minister.

They are referring to a video that was aired after the bombing of a man called Ahmad Abu Adass in which he claimed responsibility for the attack on behalf of a group called Nusra and Jihad in Greater Syria. The prosecution claims the confession was coerced.

Prosecutors alleged that Merhi was responsible for the tasks of identifying a suitable scapegoat to blame for the attack, the befriending of Abu Adass and luring him away from his family, the preparation of a tape and letter taking false credit for the attack, delivering them to the media, and ensuring their broadcast throughout Lebanon.

According to prosecutors, Merhi reported to Badreddine, who also gave orders to another alleged senior operative in the conspiracy, a member of Hezbollah known as Salim Ayyash.

Cameron described Ayyash as being responsible for the surveillance of Hariri ahead of the attack, identifying a suitable assassination site and preparing the purchase and delivery of the Mitsubishi Canter van.

The hearing was attended by Yasma Fleihan, the widow of MP Bassil Fleihan, who died from the wounds sustained in the attack.

She was introduced to the court by Peter Haynes, the lead lawyer representing the victims at the trial, in an emotional appeal before the court.

Haynes described Dr. Fleihan as a “brilliant economist” drawn back to Lebanon at Hariri’s behest in the “profound belief that that man could fashion a future for his mother country.”

Haynes said Fleihan moved his wife and two children back to Lebanon from Europe, until the attempted assassination of MP Marwan Hamade in October of 2004 prompted him to send them back home.

A week before the assassination, he was skiing with his family in Switzerland, Haynes said. On the day of the bombing, he accompanied Hariri as he left Parliament in his convoy, seated in the former premier’s car.

Haynes described Fleihan’s grievous wounds, as his wife Yasma sat to his right.

“His body was burned to the third degree, over 95% of it,” he said. “He quite literally had no skin.”

Fleihan was identified only through his wedding ring and the fact that he kept repeating his wife’s name, “Yasma,” said Haynes.

The lawyer added that Fleihan was flown to Paris and underwent extensive, experimental treatment, becoming a pioneering case in the handling of badly burned victims, but succumbed to the toxins that infected his body from the explosion.

Haynes described Yasma’s appearance before the court as an act of courage, saying the Fleihan family had remained in Europe in “perpetual fear” since the bombing.

Prosecutors began the hearing by recounting the events on the day of the attack.

Senior prosecution counsel Alexander Milne offered an account that laid out fresh details aimed at proving that the Hariri attack was carried out by a suicide bomber who detonated an explosives-laden Mitsubishi truck as the premier’s convoy drove by.

Milne said the bombing was carried out using 2.5 tons of RDX, a high-grade military explosive and the analysis of the bomb crater, the damage to surrounding buildings and windows as far away as 300 m from the blast site were consistent with the theory that Hariri was killed by an above-ground truck bomb.

Moreover, simulations of the blast scene showed that the destruction was consistent with one caused by explosives in a rectangular arrangement, similar to being stored on the back of a truck.

Milne said the prosecution believed that a Mitsubishi Canter van seen on CCTV footage moments before the explosion was responsible for the blast. The engine block of the vehicle had disintegrated, consistent with it being at the heart of the explosion, he said.

Moreover, the precise detonation of the bomb, just as Hariri’s car passed by, showed that it was likely triggered by someone inside the car, giving weight to the suicide bomber theory.

No evidence of wires or cables from the blast scene have ever been found, he said, in addition to the fact that Hariri’s convoy was equipped with equipment to block wireless detonation signals.

“The most likely explanation was the bombing was triggered by a suicide bomber,” Milne said.

The prosecution lawyer also offered more details about the DNA of an unidentified man found on the scene that prosecutors say belong to the suicide bomber.

Milne said that beyond knowing that he was a man, investigators had not been able to identify the remains and they had never been claimed.

The man’s DNA was found in tiny flesh and blood fragments at the blast scene that had been blown forward in the direction that Hariri’s convoy was moving, which prosecutors said shows that he was very close to the center of the blast and likely seated at the cabin of the Mitsubishi truck.

The detailed account was a direct challenge to defense lawyers, who say they believe the bomb that killed Hariri was in fact an underground explosion.