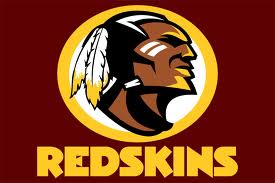 The U.S. Patent and Trademark Office has canceled the Washington Redskins trademark registration, an extremely rare move the office said it made because the name is offensive to Native Americans.

Trademarks that disparage or belittle other groups are not permited under federal law. The ruling Wednesday pertains to six different trademarks containing the word “Redskin.”

Native American groups have been fighting the football team, its owners and sponsors for decades to change the name.

The decision can be reviewed by a federal court. The ruling does not mean that the trademarks can no longer be used by the NFL club, only that they are no longer registered, the statement said.

This is the second time the Trademark Trial and Appeal Board has faced a petition to cancel these registrations. The first was in 1992.

Many other sports teams, professional on down to grade schools, have names derived from Native American roots. But few have received more scrutiny or backlash than the Redskins.